Meta, the company behind Facebook, saw its stock price declining massively after the last quarterly earnings. With no bounce in the meantime, is it room for more downside?

One of the most shocking events in financial markets took place recently, when the shares of Meta, Facebook’s parent, saw a record price fall after the last quarterly earnings. Truth be said, the expectations for the quarter were high, given what competitors reported, but the decline in the stock price was triggered by more than just an earnings miss.

It appears that Facebook’s business model is threatened by competitors and regulators. So here are three reasons to sell Meta stocks:

The younger demographic is going elsewhere

One of the problems with Facebook is the younger people "migrating" to competitors. If you ask any teenager today about his/her social media profile, you'll barely hear Facebook.

Instead, you'll hear TikTok or Snapchat.

According to a recent study, only 27% of today's teenagers use Facebook, a sharp decline compared to 97% ten years ago.

Another problem comes from regulation. Meta had to change the privacy settings, which will hit revenues hard in Q1 2022.

One of the ways Facebook made money was to track down its users' Internet activity and sell it to third parties. With the recent changes in privacy settings, it won't be able to do this anymore; hence investors are scared and will sell the stock.

Finally, there is the technical picture. The stock reached a top above $360 and then formed a reversal pattern – a triangle. 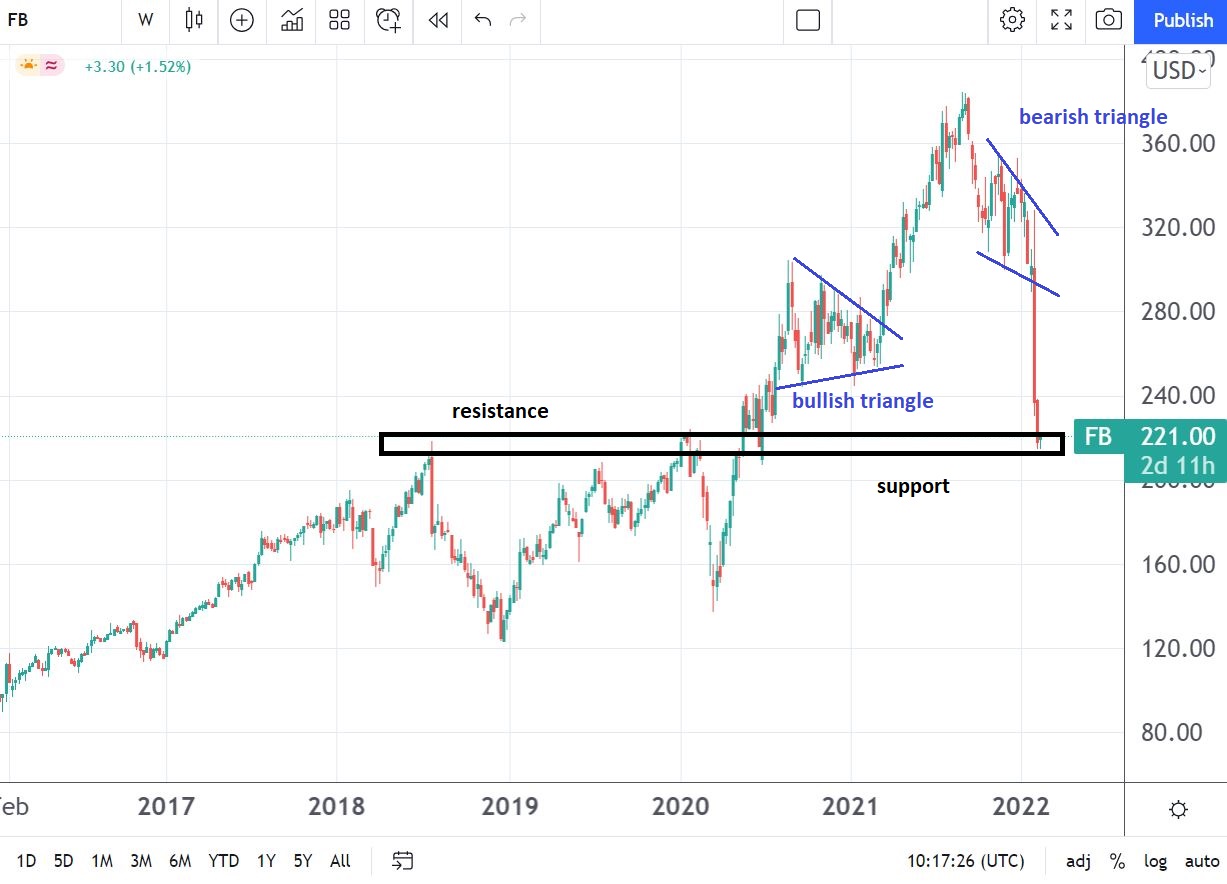 The market consolidated during the triangle's formation and then broke lower after the last earnings call. On its move lower, the stock price reached strong horizontal support given by an area that acted as resistance previously.

However, without a meaningful bounce, sellers will likely push for more. In other words, the technical picture turned bearish, and the price action looks weak. Unless the price turns back above $320, the bias is bearish.