4 aerospace & defense stocks to buy amid conflict in Eastern Europe

The Russia-Ukraine conflict triggered Western nations to send arms to Ukraine to defend itself. So what are the best aerospace & defense stocks to buy?

One week into the Russia-Ukraine conflict, and the Western nations reacted with massive economic sanctions against the invader, Russia. Besides measures meant to cripple the Russian economy, European countries also sent and planned to send Ukraine more weapons to defend itself.

Naturally, this increases the demand for weapons from global players. Moreover, Germany announced that for the first time since the world war, it would spend EUR100 billion to arm itself. Furthermore, it would allocate 2% of its GDP to defense every year.

So what are the best aerospace & defense stocks to buy? Here are four suggestions: Raytheon Technologies, Lockheed Martin, Northrop Grumman, and General Dynamics.

Raytheon Technologies (NYSE:RTX) is an American company providing aerospace and defense systems worldwide. This is a 100-year old company, and the stock price is up 16.4% YTD. 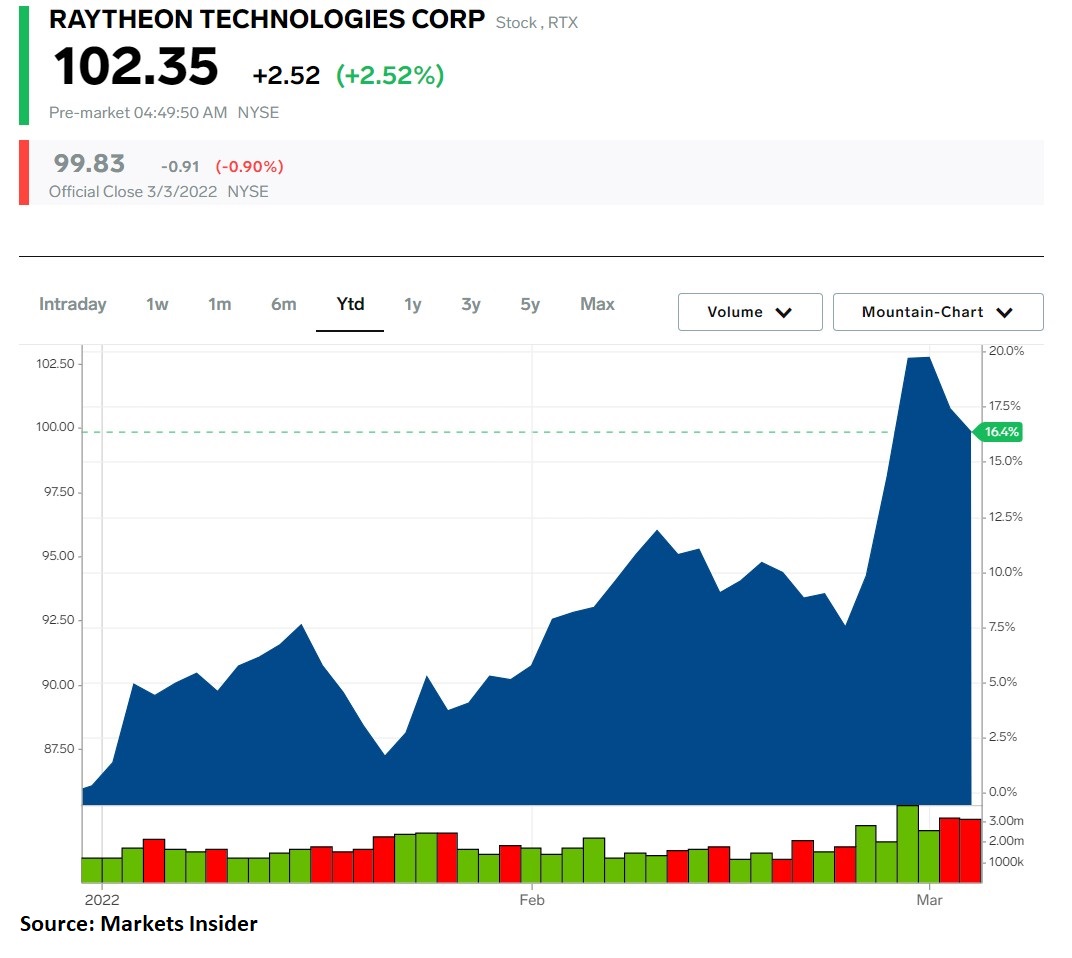 Lockheed Martin (NYSE:LMT) was founded in 1912 and it is based in Bethesda, Maryland. It provides security and aerospace products and services and its stock price currently trades near all-time highs.

The company increased its annual dividend for the past 20 years and the dividend payout ratio is 38.9%. 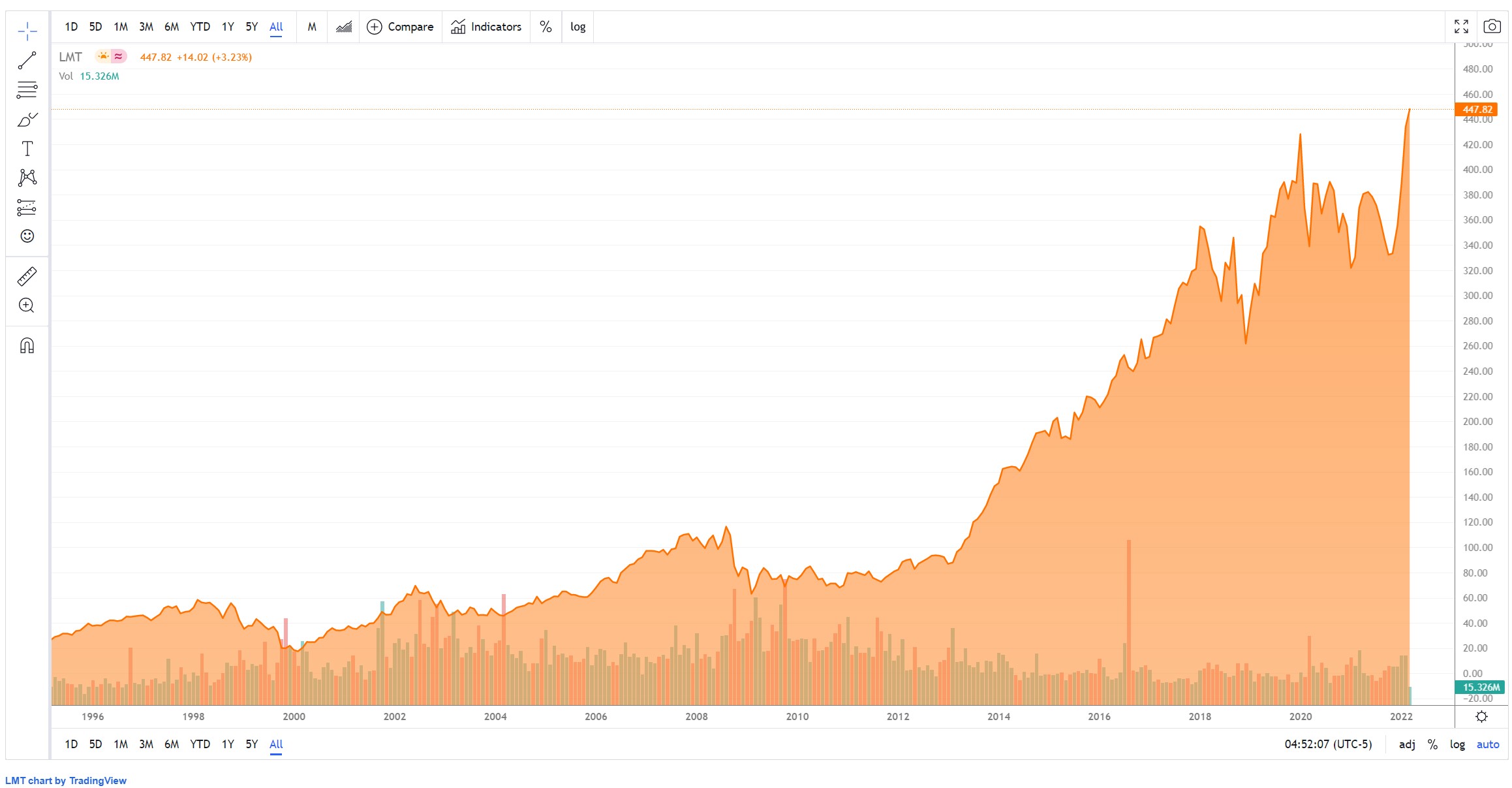 Northrop Grumman (NYSE:NOC) is another American company operating in the aerospace and defense industry. It offers aircraft systems and survivability solutions, among others, and it was founded in 1939.

Its EBIT margin for the past 12 months is 21.01%, higher than the sector median by 119.30%. Like its peers, it also pays a dividend, and it increased it for the past 17 consecutive years.

General Dynamics (NYSE:GD) is active in the aerospace and defense industry, and it was founded in 1899. It pays an annual dividend which grew for the past 8 consecutive years, and the stock price is up 41.79% in the past 12 months.