US stocks remain bid despite plenty of reasons to be worried. So how come stocks are not down sharply? 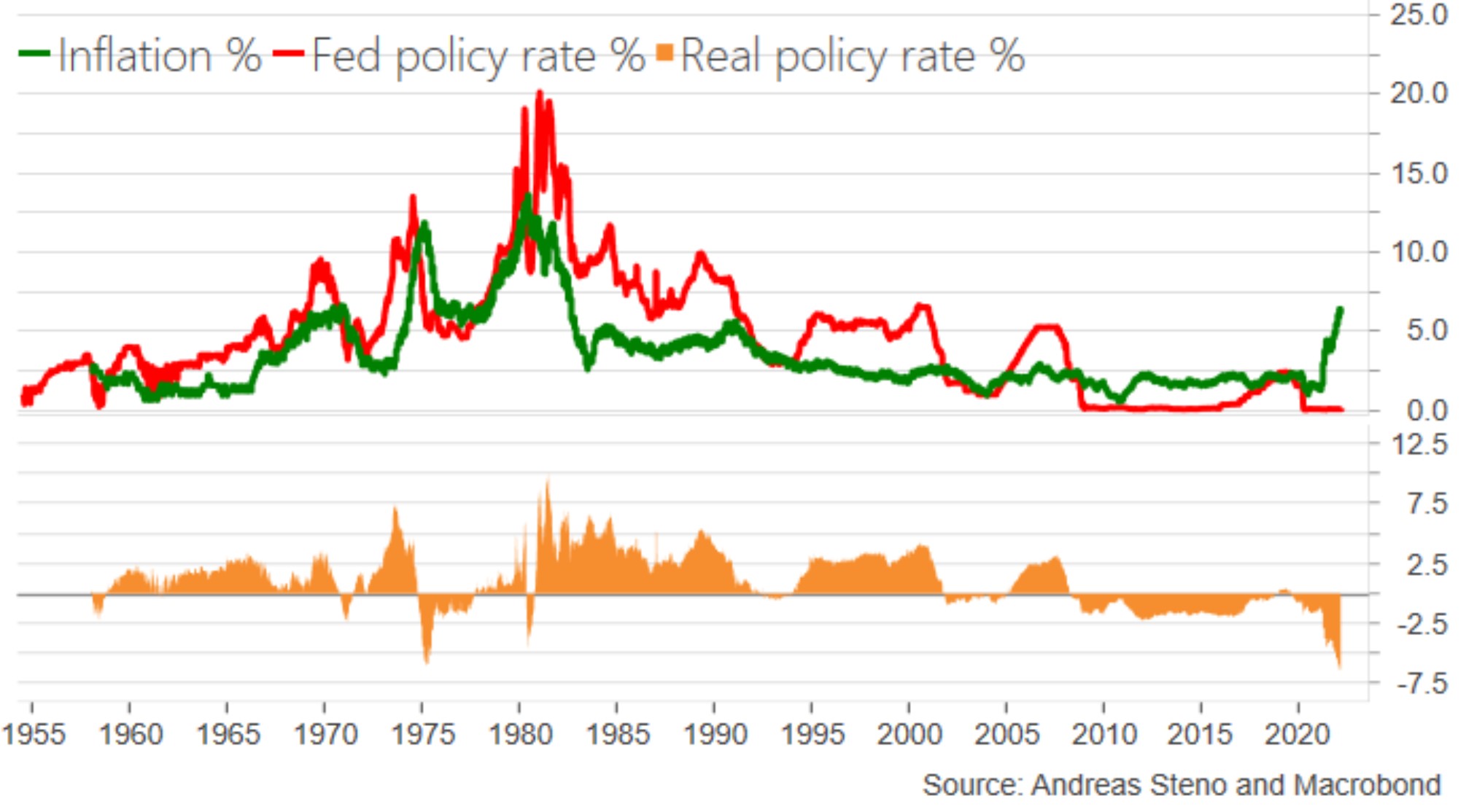 The real rate is the difference between federal funds and inflation rates. Despite the Federal Reserve raising the funds rate last week, the policy real rates are at a record low.

Hence, while the central bank began a tightening cycle, it will take a while until the rate hike is transmitted into the economy. In the meantime, conditions remain more than accommodative.

The Federal Reserve delivered a 25bp rate hike, but inflation runs at a higher pace. In February, the annual inflation reached 7.9%, the highest level in more than four decades.

At this pace, the risk is that the March release will show a much higher increase in the inflation rate than the rate hike delivered by the Fed. Hence, another boost in asset prices should further support the stocks’ rally.

Quantitative tightening is different this time

Should we expect the process to hurt stocks?

Not necessarily. If the Treasury taps that money by issuing new bills, quantitative tightening will be neutralized.

This cycle is different

Bonds and commodities act differently, and so does the FX market. For example, the Japanese yen, long known as a safe-haven currency, was sold aggressively after the Russia-Ukraine war started.

As such, keeping an open mind is key in moving forward. One thing is clear – despite rising uncertainties, the US stock markets remain well bid.