Coinbase reported yesterday the financial results for Q1 2022. Net revenue halved, and the stock price dropped by more than -20% in today’s trading.

Coinbase is one of the leading publicly-listed companies active in the cryptocurrency industry. It reported the financial performance for Q1 2022, and investors did not like what they saw.

As such, the stock price fell by more than -20% in today’s trading, with no signs of bouncing back. The decline in price comes on top of the current bearish sentiment in the cryptocurrency market as one stablecoin failed.

Coinbase reported much lower net revenue when compared to the same period last year. On top of that, it reported a loss for the quarter of -$430 million.

Investors did not like the fact that monthly transacting users declined when compared to the last quarter of 2021. It shows that the interest in the cryptocurrency market is fading, and this has a deep impact on Coinbase’s business.

Since its IPO last year, Coinbase’s stock price did not make a new high. It is down now by more than -80% from its IPO highs, and one may say that the IPO marked the top in the cryptocurrency market. 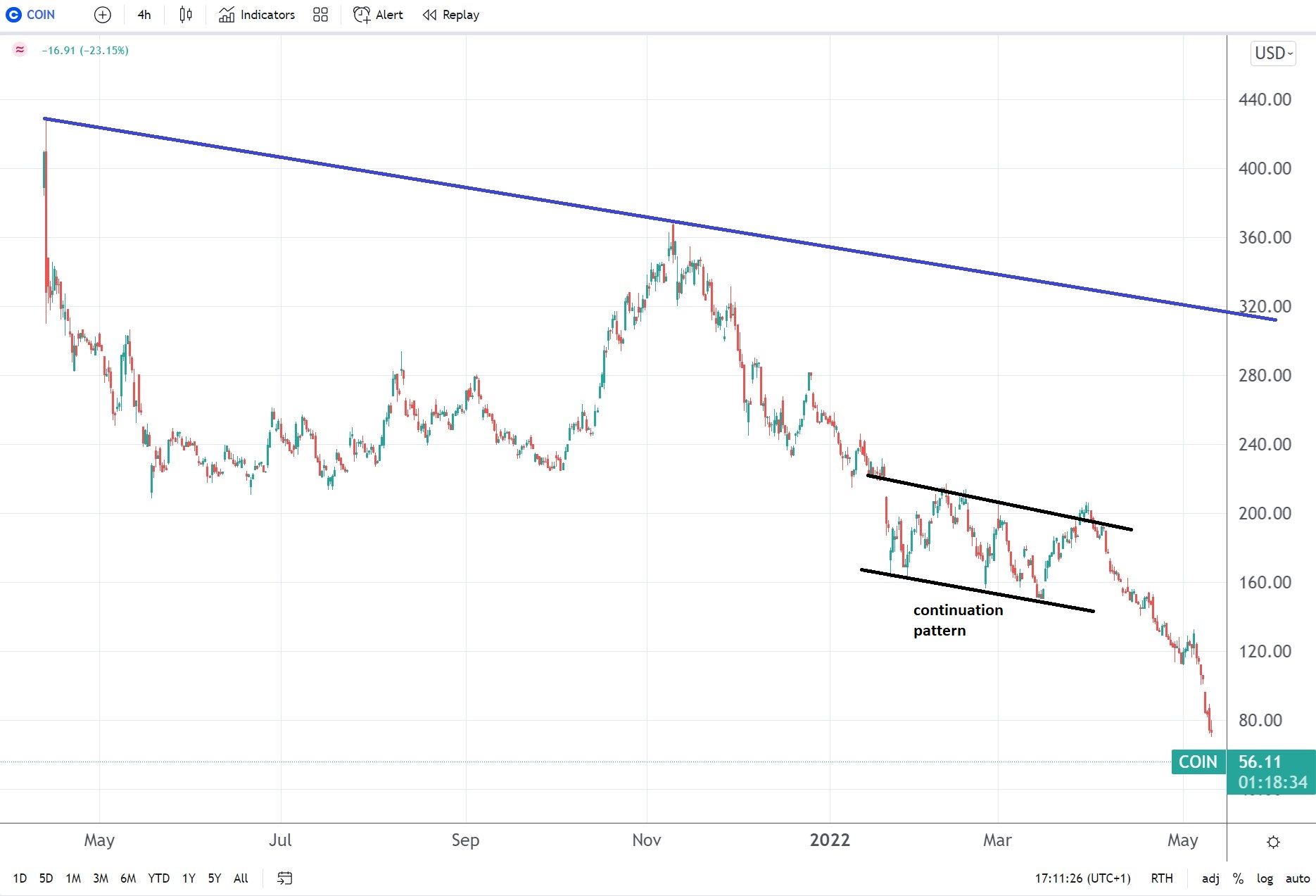 The stock price bounced only in October last year, but the move was quickly reversed towards the end of the trading year. in 2022, it formed a continuation pattern that ended after the first quarter.

What do analysts say about Coinbase’s stock price?

Most analysts remain bullish and have buy recommendations, but yesterday’s report turned Goldman Sachs, which downgraded the stock to neutral.

The cryptocurrency market rout does not help

Coinbase’s weak quarterly performance comes on top of the troubles facing the cryptocurrency community. A stablecoin, UST, turned out not to be so stable anymore.

Instead of remaining pegged to the dollar, it cratered below 30 cents. The move had an impact on all cryptocurrency markets and on the trust of its believers.