The Bank of Japan’s yield curve control measures led to a collapse of the Japanese yen. How did the measures impact the stock market, and what to expect next from the Nikkei 225 index?

One of the biggest stories in financial markets in 2022 has been the Japanese yen’s collapse. The yen’s rapid decline comes as a result of the Bank of Japan fighting against the rise in the 10-year JGB (i.e., Japanese Government Bonds) as part of its yield curve control measures.

The central bank introduced the yield curve control measures in September 2016. Under the program, the bank vowed to keep the yield in a range of +/-0.1%.

Despite the Bank of Japan buying unlimited amounts of JGBs, it can’t, at least so far, push the yields down. As a side note, the price of a bond and its yield have an inverse correlation, so the yields should decline the more bonds the bank buys. Only they don’t, while the Japanese yen cratered. 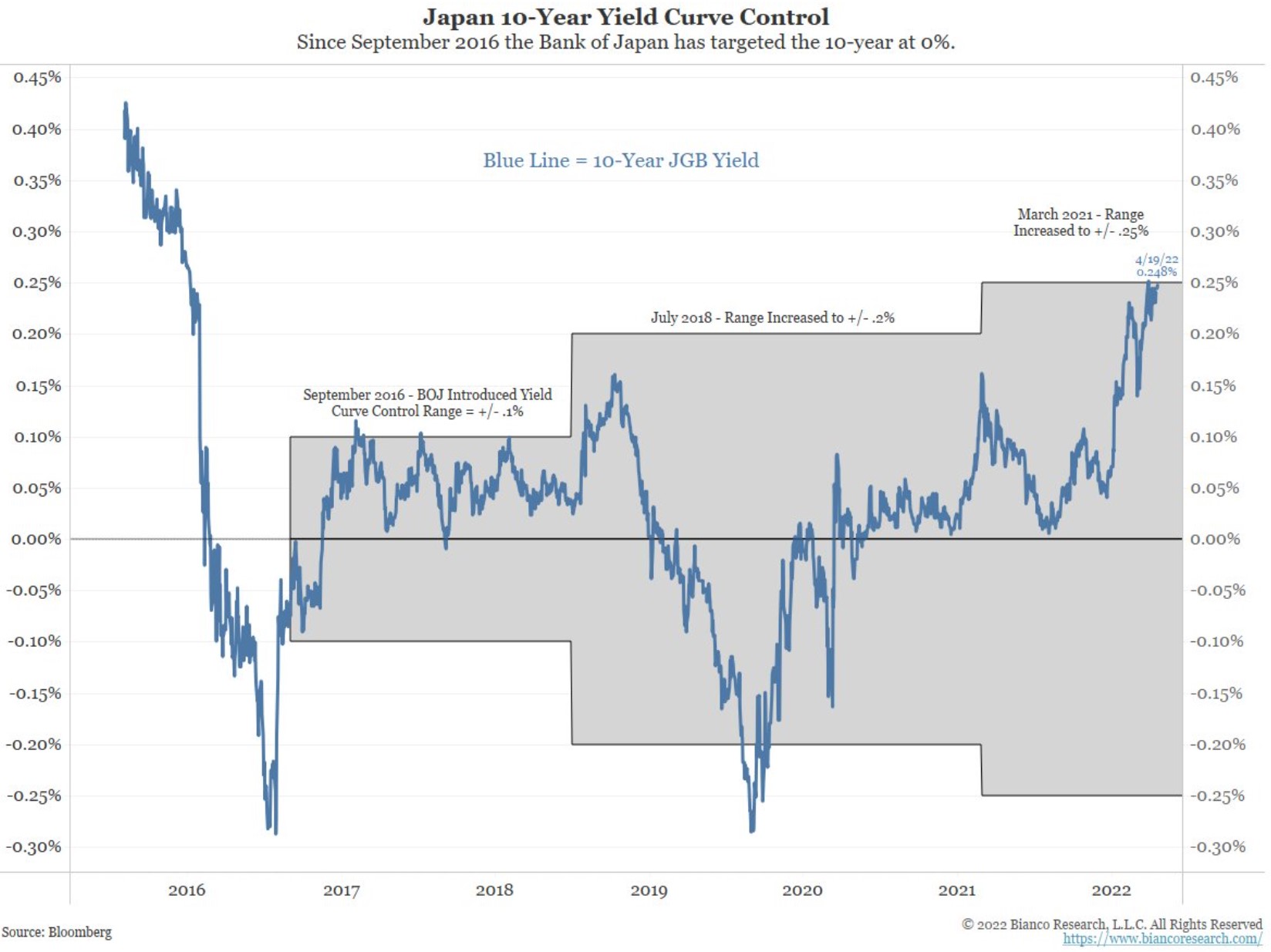 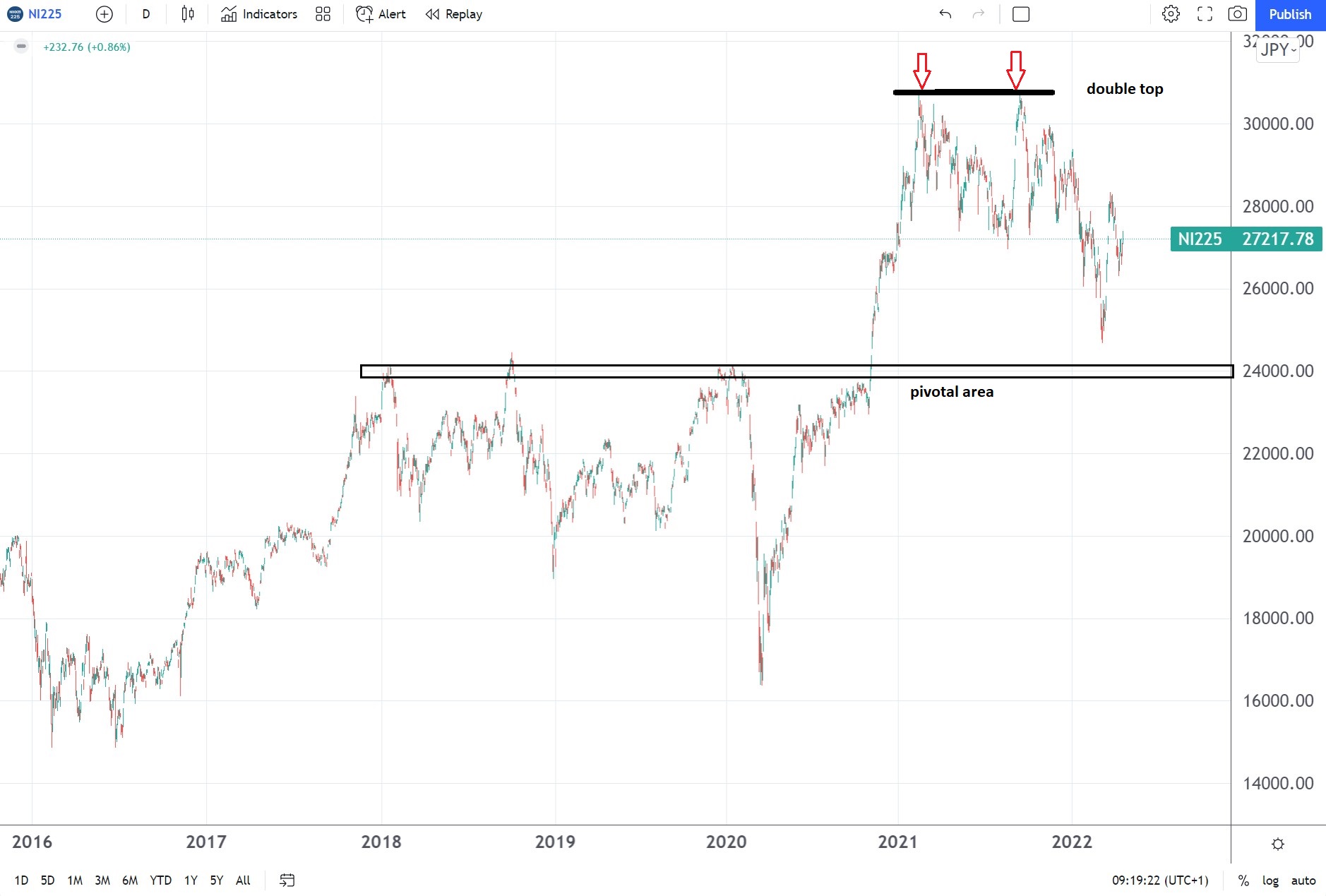 It formed a double top pattern just above 30,000 points and had a hard time bouncing. The chart above shows the importance of the 24,000 pivotal area, as it offered stiff resistance during 2018-2020, and thus, it should offer support on a decline there.

To sum up, if the Bank of Japan’s efforts are not enough to push the 10-year JGB away from the top of the band, the bank may be forced to increase the range yet again. Therefore, Nikkei 225 would have a hard time making a new high should the yields stay above 0%.