Japan’s PPI has hit 10% for the first time in four decades. Yet, the Bank of Japan sees inflation as transitory. How will the Nikkei 225 react next?

Following the COVID-19 pandemic, supply bottlenecks led to a sharp increase in the prices of goods and services worldwide. Furthermore, the Russia-Ukraine war aggravated the situation.

As such, inflation rose to levels not seen in many decades in the advanced economies. That is, despite central banks seeing inflation as transitory for quite some time.

The Fed considered inflation transitory for a long time before turning 180-degrees and started to hike the interest rates. It is now saying that it should have raised the funds rate much faster.

Is Japan following in the Fed’s footsteps? 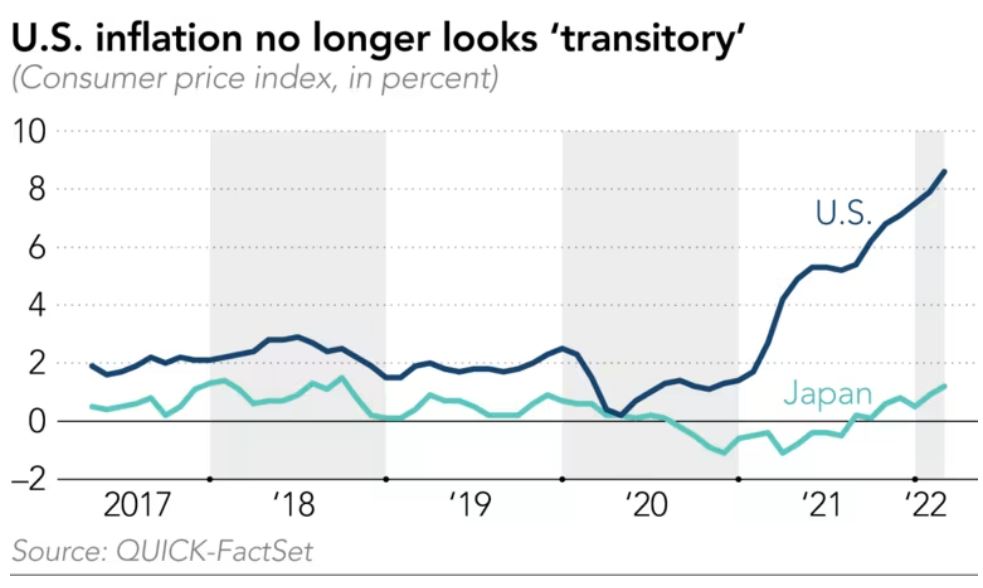 The only major central bank that still eases the monetary policy is the Bank of Japan. It still sees inflation as transitory – just like the Fed did several months ago.

But now inflation has started showing its teeth in Japan too. This week, on Monday, Japan’s PPI for April was released.

The Producers Price Index hit 10% for the first time in 40 years. Because the rise in producer prices is transmitted to consumers, will the CPI also rise?

And if so, will the Bank of Japan blink, as the Fed did, and turn the policy around?

Nikkei 225 topped ahead of the US stock market

The Nikkei 225 index made a double top pattern above 30,000 points. It failed to rally in 2021 as the US stocks did, to the frustration of many Japanese investors. 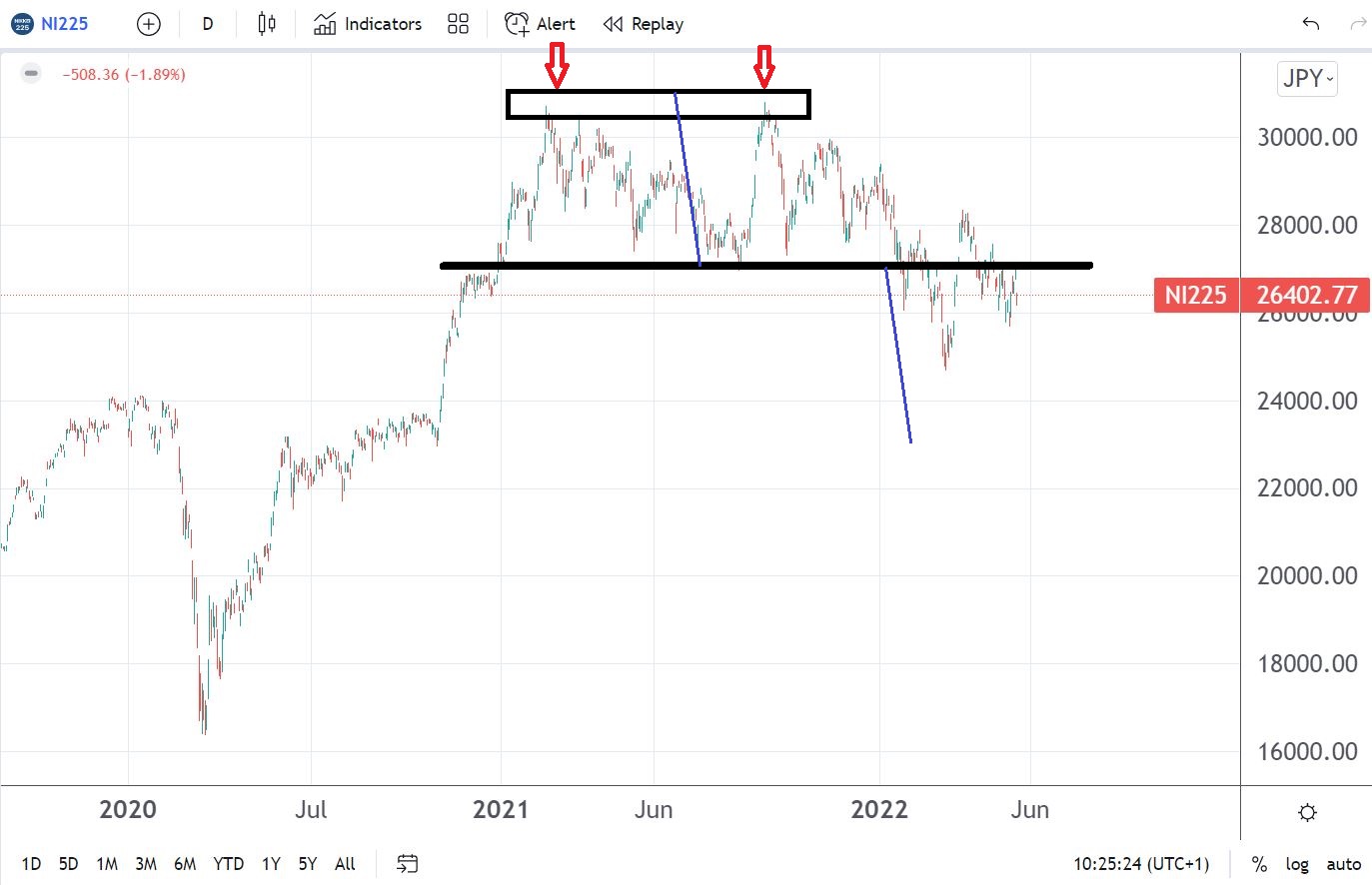 The pattern suggests more downside in the period ahead. The double top’s measured move points to 23,000 as the minimum distance the index should travel.

In the United States, the Fed reversed its policy way after the stock market topped. After it started to hike the funds rate, stocks dropped some more.

Will we see the same pattern in Japan?

It all starts with the Bank of Japan dropping the “transitory” word when referring to inflation. From that moment on, the path of least resistance is to copy what the Fed did, triggering a similar move in the local stock market.