Home › News › Should you buy or sell Snapchat stocks after the CEO warns about missing estimates?

Snapchat (SNAP:NYSE) extended 2022 losses this week as the company’s management warned about missing estimates due to deteriorating economic conditions. Snapchat is a so-called camera company operating in the interactive media and services industry.

It has over 330 million daily active users, and its stock price is free-falling in 2022. After trading above $80/share in the second half of last year, the stock dropped dramatically in 2022. It halved YTD, and the recent disclosure that the company will miss estimates sent the price even lower.

Snapchat was founded in 2010, and it employs over 5,000 people. Yet, despite being in business for more than a decade, it has never made a profit.

Sure enough, the numbers improved over the years, but Snapchat it is yet to show a positive bottom line. This week’s warning on estimates came as a blow to investors hoping that the company’s financial position would improve.

The stock price consolidated in a descending triangle pattern in 2022. It recently broke below horizontal support, and now the support should act as resistance to any attempt by the stock to bounce. 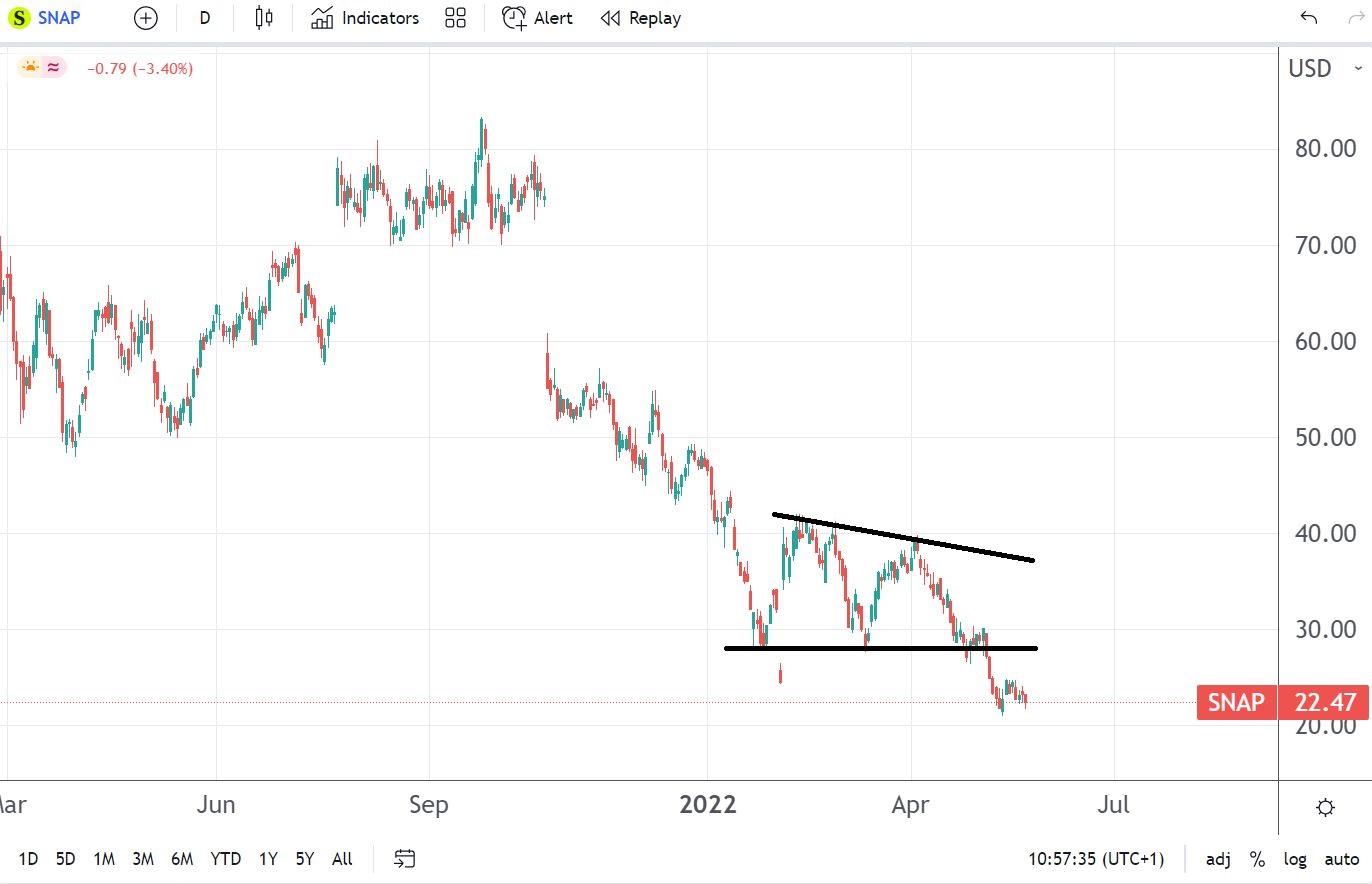 What do analysts say about Snapchat’s stock price?