Home › News › Should you buy Rheinmetall shares after surging 23% in one day?

Rheinmetall shares are on "fire" after the German government's recent twist – it announced that it would invest 2% of its GDP in bolstering its defense capabilities. The news triggered a rally in stocks such as Rheinmetall – should you buy it?

The invasion of Ukraine by Russia has triggered unprecedented reactions from the world community. A security crisis in Europe led to major twists in the geopolitical arena, some of them unthinkable only a few days ago.

Take Germany – the largest European economy. Its government announced that it would spend EUR100 billion on defense following the Russia-Ukraine conflict. Moreover, it pledged to spend 2% of GDP year after year to enhance its defense capabilities.

So here is one German company that stands to benefit from this massive spending – Rheinmetall AG. 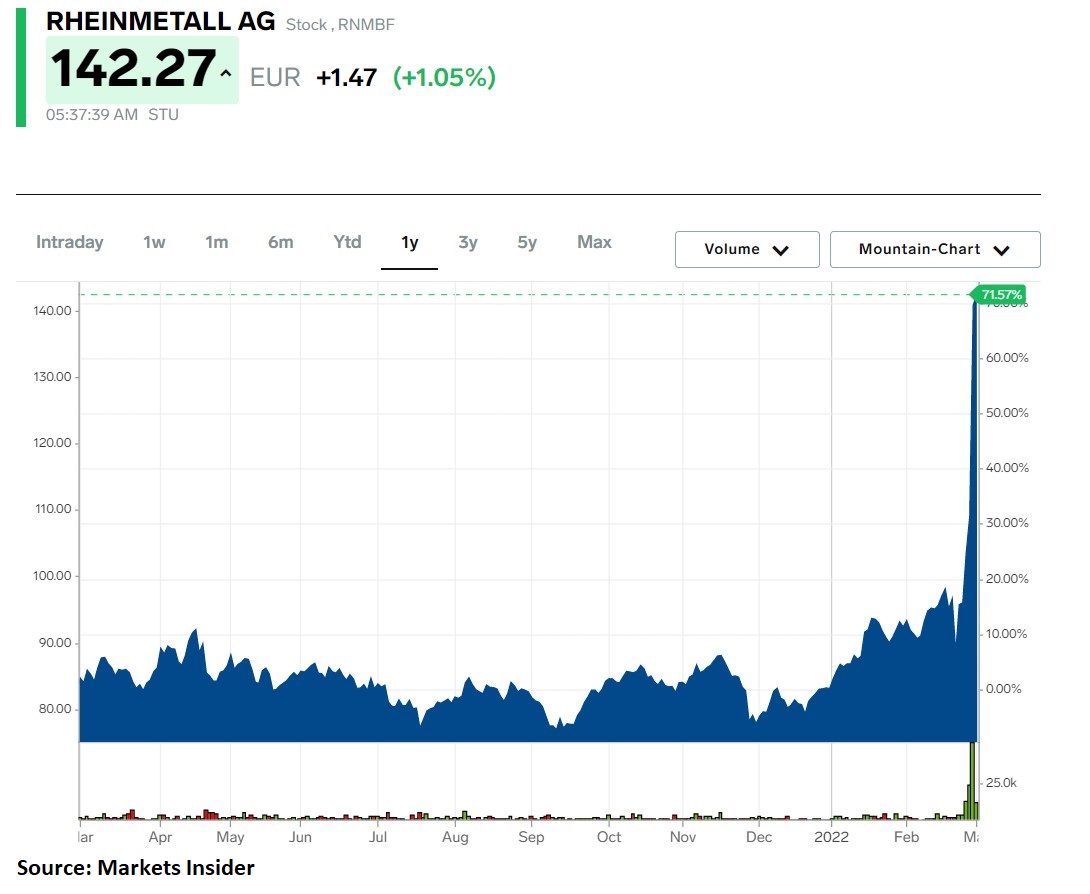 Rheinmetall is a German company based in Dusseldorf. It is an automotive and arms manufacturer and employs over25,000 people.

Its stock price surged on the news by more than 23% in one single session and remains close to the highs. Rheinmetall is listed on the Frankfurt Stock Exchange under the ticker RHM and advanced another 8% today at the time this article was written.

How about Rheinmetall's financial performance and valuation? 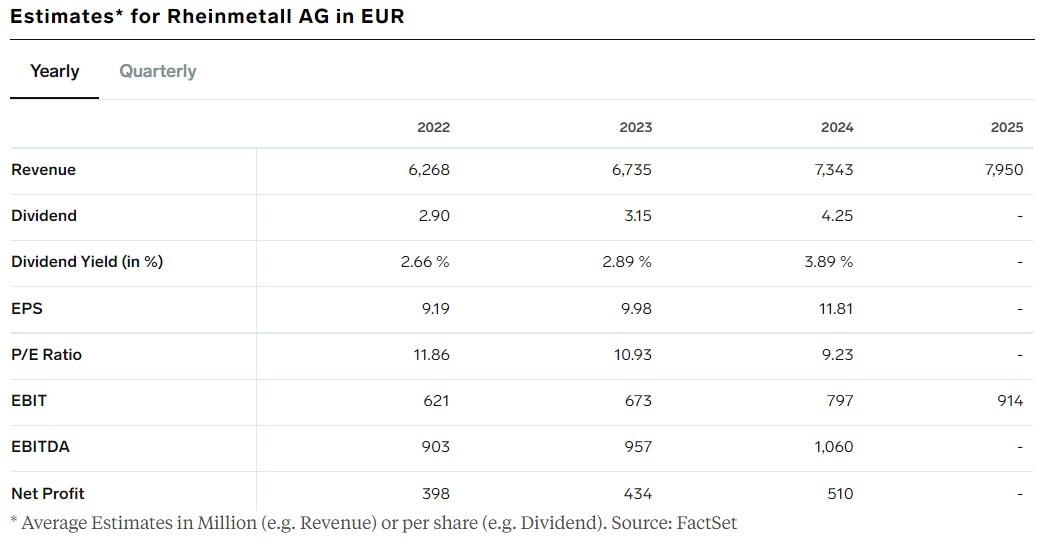 Most recently, the company increased the dividend for the fiscal year 2021 to EUR3.30/share – another positive news for shareholders. Furthermore, the last financial results presented by the company showed an operating margin of 10.5% and cash flow well above the market’s expectations.