Home › News › Should you buy Shopify stocks after dropping 75% from its highs?

Shopify closed sharply lower yesterday after reporting first-quarter 2022 financial results. The stock price is down 75% from its ATH – so is it a good time to buy now?

Shopify reported its financial performance for Q1 2022 yesterday. It lost $1.5 billion for the quarter, and the stock price declined by -14.91%.

Shopify is now down 75% from all-time highs, and many investors have started comparing it with Amazon’s decline during the tech bubble. For Shopify to match Amazon’s 94% drawdown, it would need to fall by another 75% from current levels.

Yet, many are tempted to buy. But a close look at the quarterly results should scare investors willing to pick up the stock here. 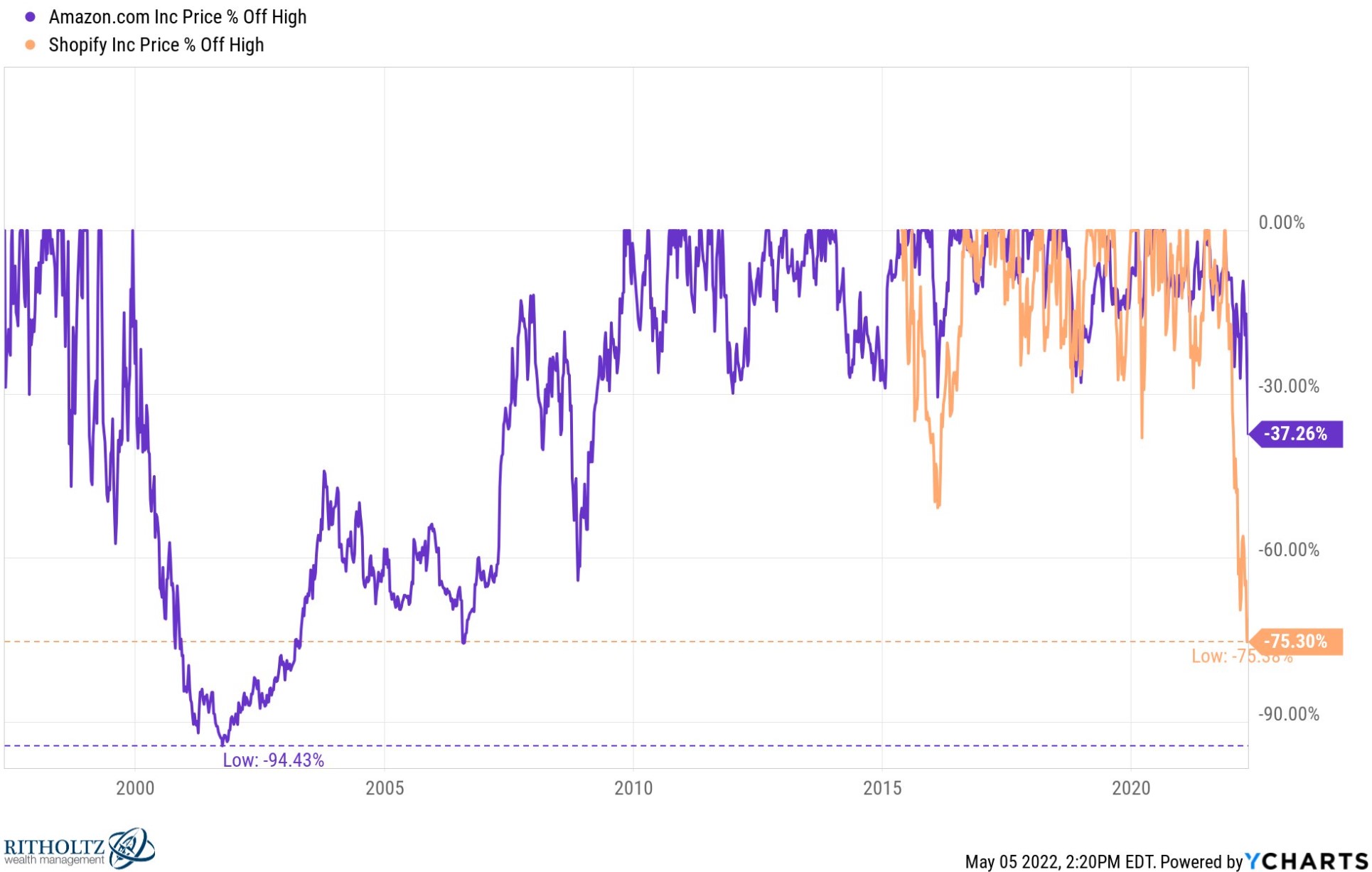 Almost everything looks bad on yesterday’s report. Shopify reported a $1.5 billion loss for the quarter – in sharp contrast with the same quarter last year when it reported $1.2 billion profit.

How about the technical picture?

Shopify topped above $1,600 only a few months ago. It formed a rising wedge pattern before dropping sharply lower. 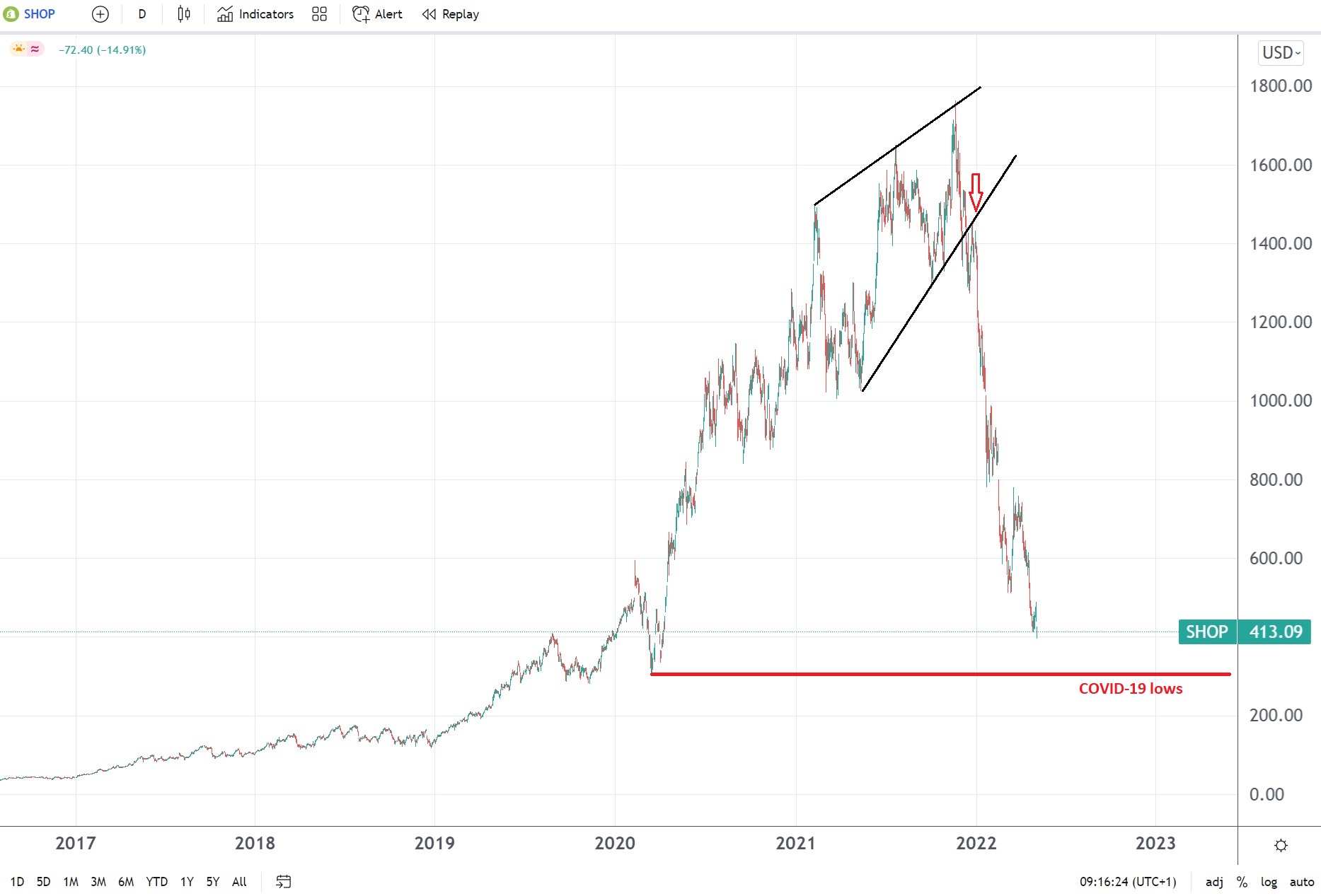 What do analysts say about Shopify’s stock price?

Shopify operates a cloud-based commerce platform designed to serve small and medium-sized businesses selling online. It was investors’ darling during the COVID-19 pandemic, but now its fortunes reversed sharply.

In other news, Shopify announced that it plans to acquire e-commerce fulfillment technology provider Deliverr – further putting pressure on the stock. It intends to pay 80% in cash for a transaction valued at over $2 billion.