ETFs with exposure to Russia and the energy markets are the ones to react the most to the war in Ukraine. Here are three names to watch: VanEck Russia ETF (RSX), iShares MSCI Russia ETF (ERUS), and Energy Select Sector SPDR Fund (XLE).

Russia’s invasion of Ukraine triggered a flight to safety in financial markets. As such, global stock markets dropped while investors rebalanced their portfolios in late reaction to the developments.

But not only Western stock markets were affected. The Russian one literally collapsed by -49% on the news that the country has invaded its neighbor. Only the Sri Lankan market dropped more in one single session in 1989.

While few individual investors have had direct investments in the Russian stock market, some ETFs or Exchange Traded Funds did have direct exposure to it. So here are the top three ETFs poised to react the most to the Russian invasion of Ukraine: VanEck Russia ETF (RSX), iShares MSCI Russia ETF (ERUS), and Energy Select Sector SPDR Fund (XLE). 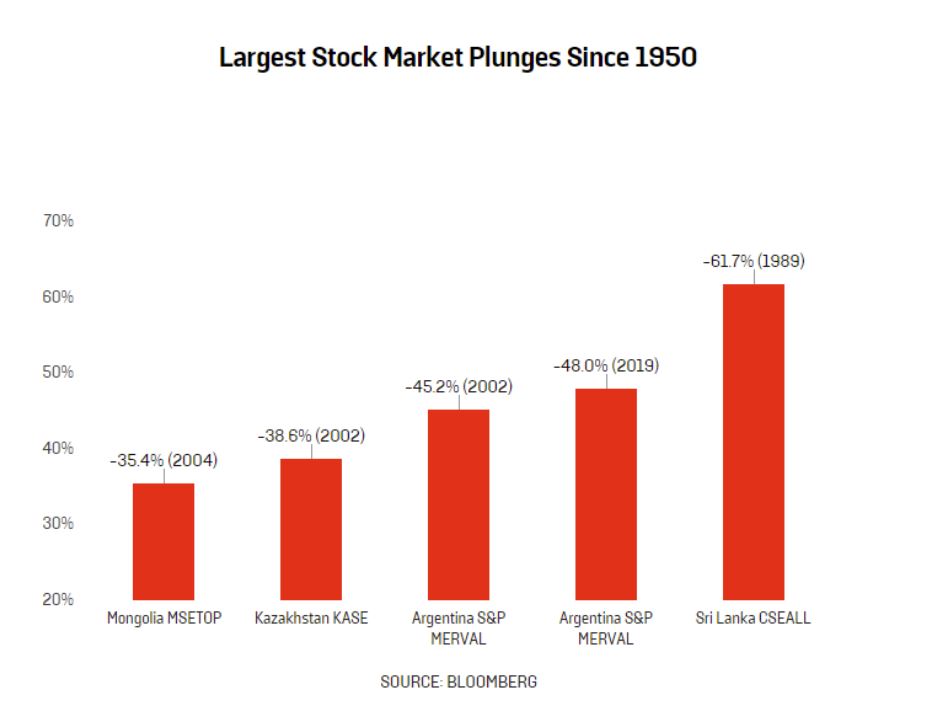 VanEck Russia ETF is the first Russian ETF in the markets. It invests in Russian companies via ADRs or American Depository Receipts and has exposure to a few of the largest Russian businesses, such as Norilsk Nickel, Sberbank, or Lukoil.

RSX is down more than -20% on the day, as some of its constituents literally plunged. Such was the case of Sberbank, down over -70% on the day.

ERUS is a market-capitalization-weighted ETF focusing on Russian equities. Unsurprisingly, it is down over -18% on the day, as some of its constituents took a big hit.

Gazprom, Lukoil, and Sberbank are its top 3 holdings.

Oil prices jumped on the news of the Russian invasion. FOR EXAMPLE, the WTI crude oil price traded above $100/barrel for the first time since 2014.