Bank of England raised rates again, but the FTSE 100 index did not blink. So why did the UK stocks react positively to the central bank’s rate hike?

Just like it happened yesterday with the US stocks rising after a rate hike, the same happened today with the UK stocks. FTSE 100 rose on the news, trading close to the daily highs.

So what made investors buy UK stocks on further central bank tightening?

The main reason why the stocks moved up after another interest rate rise is that the Bank of England signaled that it is unsure if further tightening is appropriate. The news came as a surprise because the market priced in further rate increases, and so the UK stocks rose, as reflected by the FTSE 100 index.

Speaking of the FTSE 100, it trades above the upper channel of a possible bullish flag pattern. The measured move, seen below in orange, points to much higher levels. 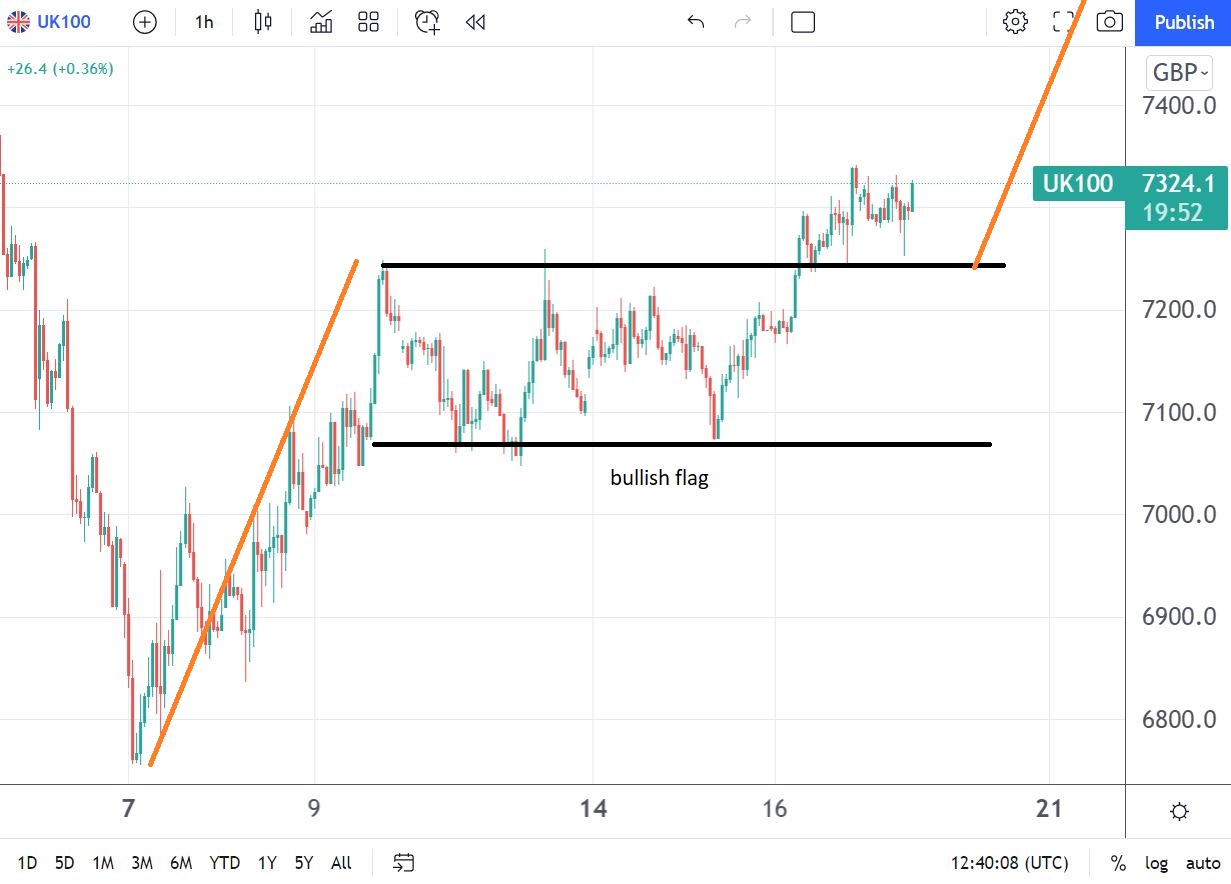 In other words, while above 7,230  points, FTSE 100 looks bullish with a price target of about 400 points projected from the upper edge of the bullish flag. If the bullish scenario remains valid in the days to come, we can say that the Bank of England’s decision to increase the interest rate further had no impact on the stock market.

To sum up, today’s UK stocks reaction to the Bank of England’s rate hike looks similar to what the US stocks did yesterday after the Federal Reserve started a tightening cycle. In other words, the rate hikes were more than priced in, and they did not surprise market participants at all.