Since the conflict between Russia and Ukraine started, investors’ attention turned to aerospace and defense stocks. This is because they tend to do well when a war starts and also pay a dividend.

So what are the best aerospace and defense stocks to buy in Apri? Here are three names to consider: Heico Corporation, Textron, and Lockheed Martin Corporation.

Heico Corporation (NYSE:HEI) was founded in 1957 and is based in Florida. It makes products for the aerospace and defense industry, such as aircraft component replacement parts.

The stock price gained over 17% in the last twelve months, and Heico pays a dividend – the forward dividend yield is 0.12%, and the 5-year growth rate is 15.64%. Heico increased the annual dividend for the past eight consecutive years.

The company operates with a gross profit margin of 39.17%, higher than the sector median by 35.46%. Also, the EBIT margin for the past twelve months exceeds the sector margin by over 120%. 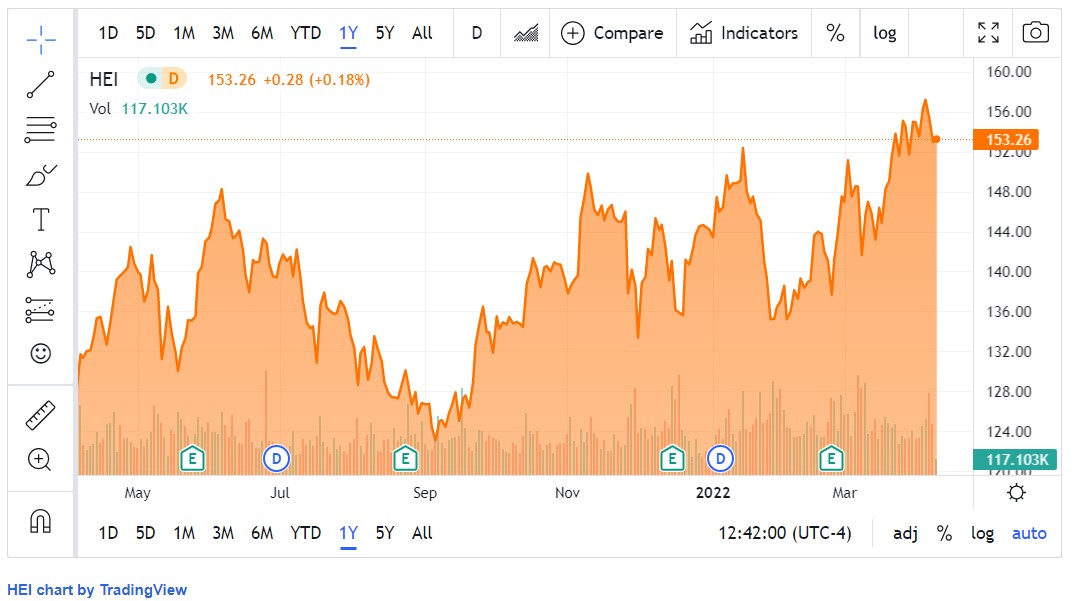 Textron (NYSE:TXT) was founded in 1923, and it manufactures and sells piston engine aircraft, among others. It also supplies military components and serves governments around the world.

Textron is valued at $15.33 billion at the current stock market price, and the enterprise value reached $17.56 billion.

Lockheed Martin Corporation (NYSE:LMT) was founded in 1912 and is one of the largest aerospace and defense companies worldwide. It employs over 100,000 people, and its forward dividend yield is 2.46%.

Moreover, the dividend payout ratio is 38.9%, and Lockheed Martin increased the annual dividend in the past twenty consecutive years. The stock price is up by more than 20% in the past twelve months.