Investors bought the S&P 500 dip caused by the geopolitical shock of Russia invading Ukraine. After opening down more than 2%, the index rallied to close up more than 1%. Is the decline over?

February 24 will remain in history as a dark day for Europe and the world. Russia invaded its neighbor, Ukraine, and a military conflict started at the outskirts of Europe.

The conflict was brewing and threatened to get out of control several times. Moreover, the US intelligence has warned multiple times Europe about an imminent invasion of Ukraine by Russia. Furthermore, many countries, including the United States, advised its citizens to leave Ukraine well before the invasion happened.

In other words, the international community was not taken completely by surprise. What surprise was the degree of the invasion, as Russia attacked all the country at once.

The shock led to investors looking for safety in assets other than the stock market. As such, the S&P 500, viewed as the benchmark for the overall equity market, opened the day down by more than 2%.

However, as the day advanced and the EU and the United States announced a round of sanctions against Russia, investors began buying the dip. So violent was the market’s reaction that the S&P 500 index recovered all the losses and ended the day up by more than 1%.

Only three times in the index’s history, it happened that the index dropped by more than 2% to a 6-month low and then bounced to close the day positive: on July 24, 2002, on September 16, 2008, and yesterday.

So is the 2022 decline over? Or is this just a bear market rally? 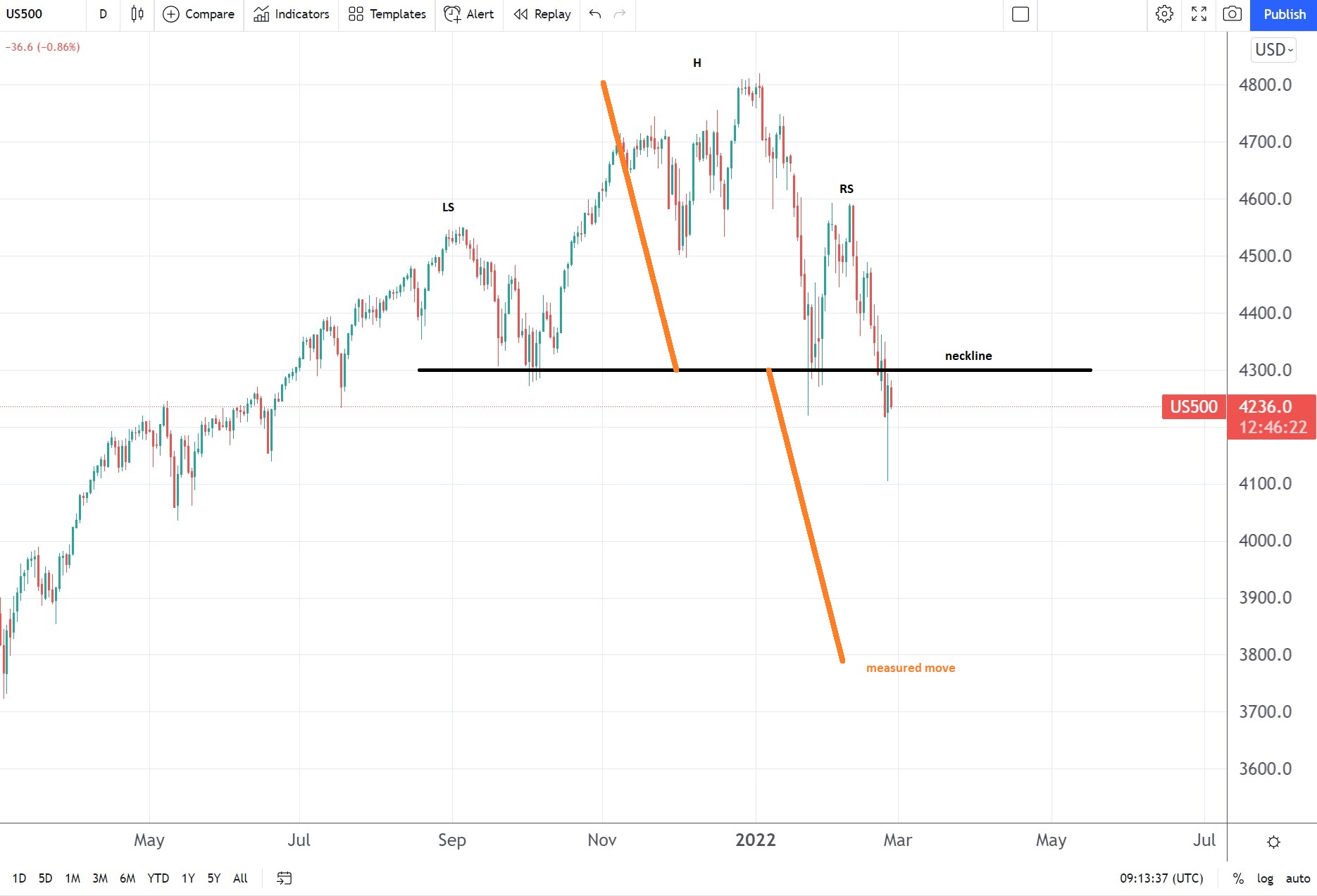 While the S&P 500 is not officially in bear market territory (i.e., it did not drop by more than 20% from its recent highs), the perspectives are bearish. First, the technical picture shows a possible head and shoulders pattern.

The pattern’s neckline was already broken before the war started in Europe, and so, yesterday’s rally only brought a retest of it. Such a retest is very common when trading head and shoulders patterns.

Second, the war in Europe is unlikely to change the Fed’s mind about hiking the federal reserve rate. The Fed must react to the inflationary gap if it is to shift the short run aggregate supply back to equilibrium.

Together, the technical and fundamental picture point for more downside in the short-term. Will investors buy the dip again?