Home › News › Should you buy or sell US stocks amid 7.9% YoY inflation?

The most important piece of economic data out of the United States was released today – the inflation report for February. Prices of goods and services increased again on the monthly basis, by 0.4% for the headline CPI inflation and by 0.4% for the core CPI data.

While in line with what the market expected, this is the highest level of inflation since 1982. The stock market reacted quickly and all major indexes are deep in negative territory. At the time of writing this article, the Dow Jones index fell more than -1.3%, the S&P500 more than -1.5%, and the Nasdaq 100 by more than -2.3%. 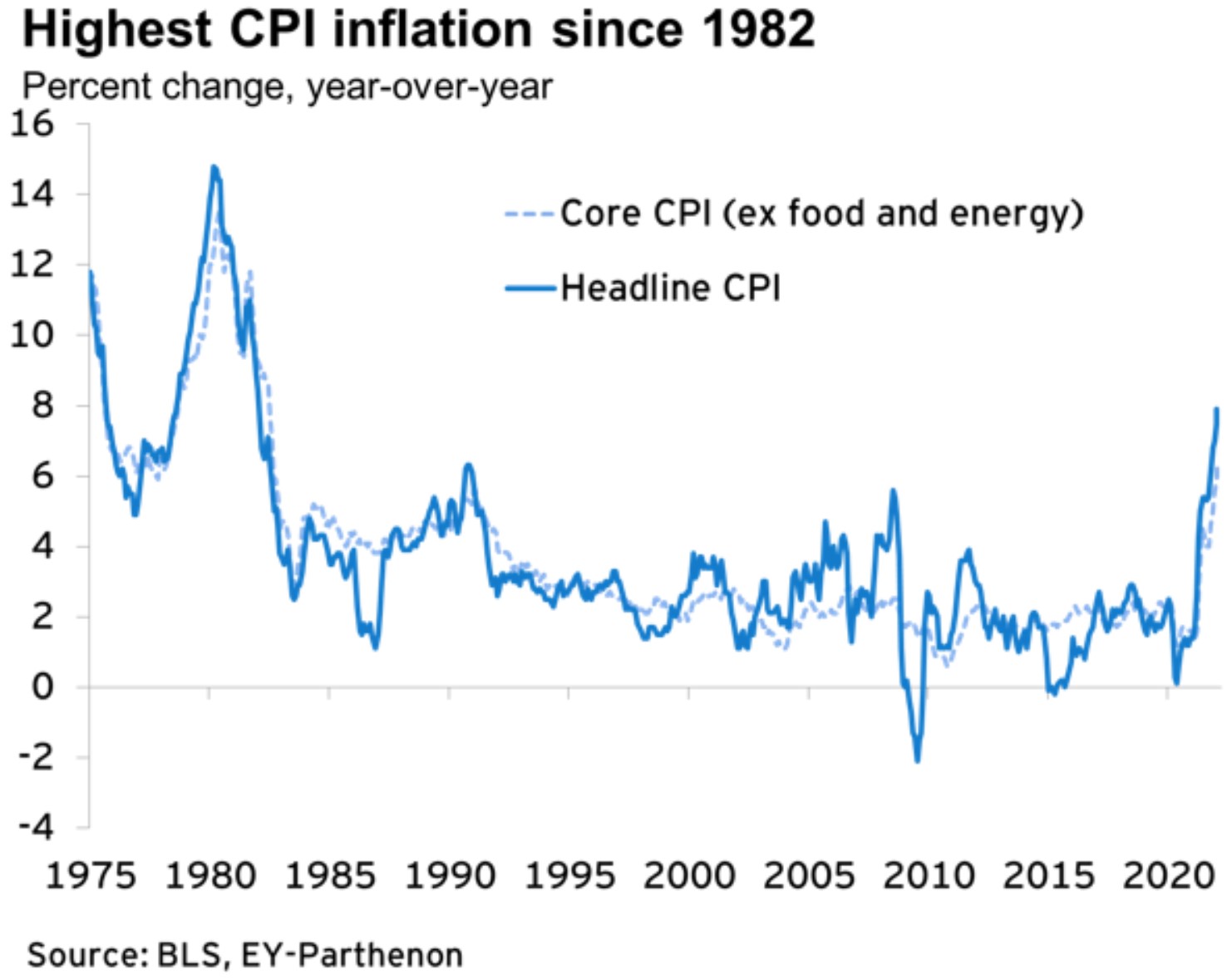 Details of the February inflation report

Energy prices led the rise in the inflation data, up +3.5% in February. Gasoline prices rose by the most, up +6.6% on the month, contributing to a third of the deadline CPI advance.

Besides energy, food prices were up 1%, in some cases delivering the strongest monthly rise in the last decade. Meats and dairy products prices climbed.

So what comes next? One should pay attention to the fact that this report is for February. Further disruptions in energy and food prices were caused by the Russia-Ukraine war, which started in March.

Because Russia is a major energy supplier and Ukraine a major food supplier (e.g., wheat and corn), both energy and food prices are expected to rise further in March.

In other words, while inflation reached levels not seen since 1982, it most likely did not peak in February. Therefore, if US stocks reacted negatively at 7.9% YoY inflation for February, how will they perform when the March report is out in April?

Also, next week, the Fed is supposed to hike the federal funds rate. Stocks typically do not like tightening cycles, so the bias is that they will have a hard time bouncing from their lows.