US real GDP dropped by -1.4% YoY, triggering fears that the Fed will hike into a recession. What does it mean for the US stock market?

The much-awaited Advance GDP data from the United States was finally released today. It showed that the US economy contracted in the first quarter of the year by -1.4%, a disappointment considering that the market expected the economy to grow by 1%.

The data shows the change in the inflation-adjusted value of all goods and services produced, and it is the most relevant one out of three versions of GDP. But why is the GDP data important for investors and financial markets?

A recession is defined by two consecutive negative quarters. In other words, if the US economy contracts in the second quarter too, it is officially in a recession.

But then, the Fed plans to hike the rates aggressively this year. It is forecast to raise the rates next week and deliver multiple rate hikes throughout the year to combat high inflation.

However, raising rates in a possible recession will harm the economy. So will the Fed stick to the plan, or today’s GDP release is a game-changer?

Here are three things to consider after today’s piece of economic data:

Q1 US GDP robust on the inside

While the headline is worrying, the data is not that bad if we scratch under the surface. Indeed, the annual growth rate is negative, but inventories and net exports subtracted 0.8%, respectively 3.2%. 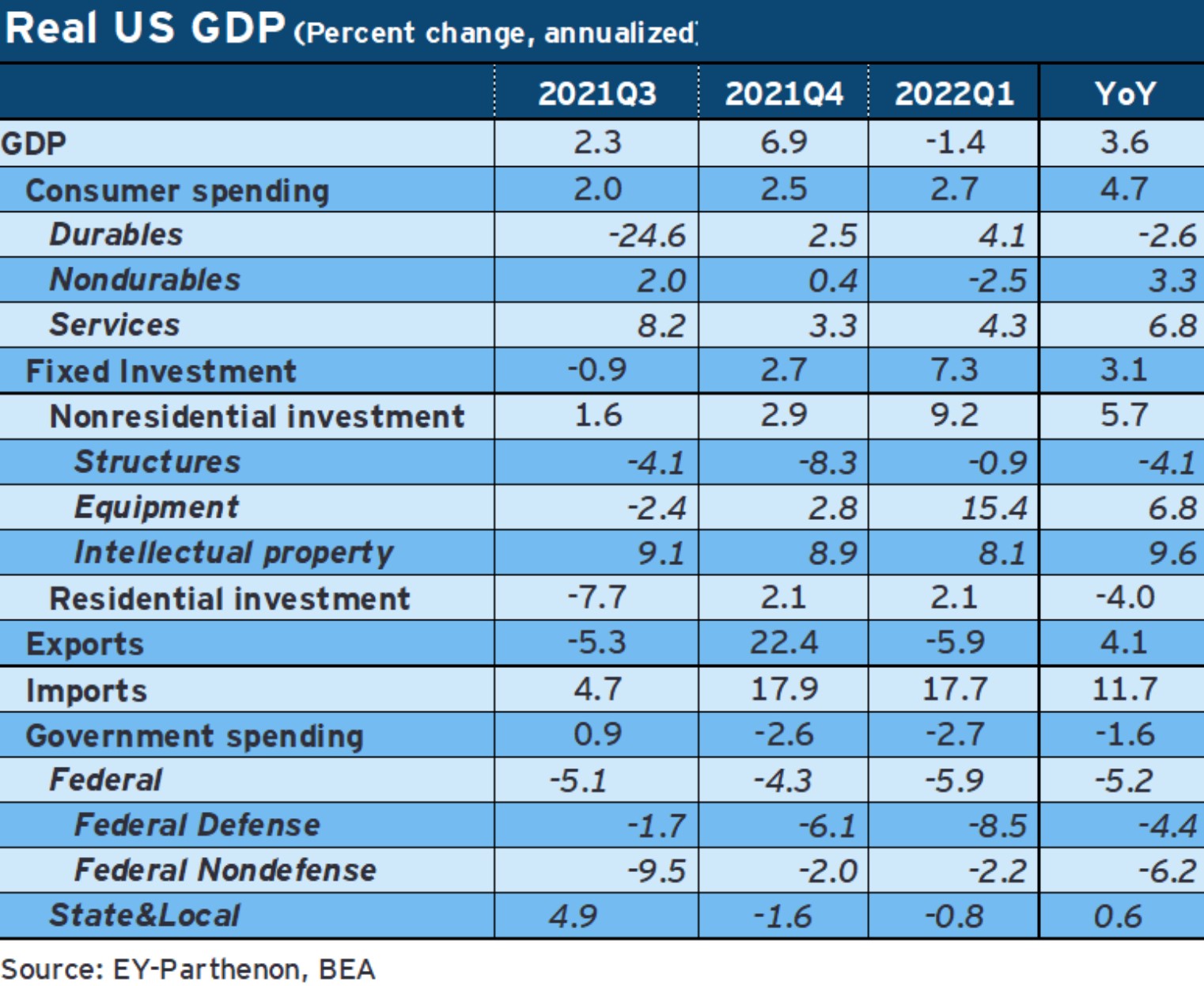 Consumption, fixed investment, and domestic demand are key elements of a GDP report. They are all strong.

GDP data unlikely to stop the Fed from hiking

The data is not bad enough to trigger a shift in the Fed’s perception of the economy. As such, the central bank is expected to stick to the plan for now.

How about the stock market?

The stock market held above critical support and recovered the initial losses. Moving forward, a move above 4,300 would be bullish, while a drop below 4,150 puts bears in direct control. 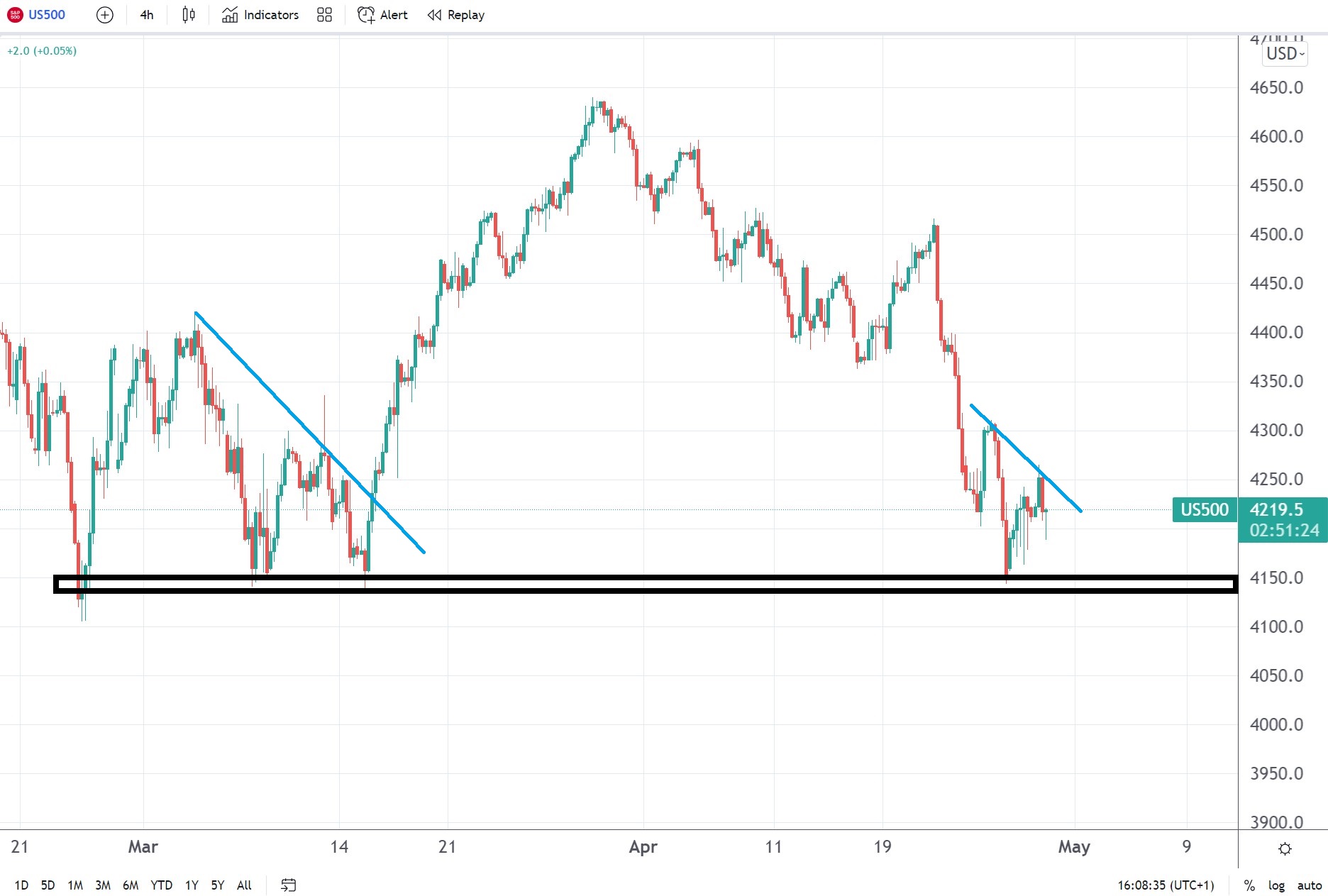