German inflation climbed to the highest since 1981 on the Ukraine war and rising energy prices. Yet, the ECB keeps rates in negative territory. What it means for the Dax index?

Inflation creeps higher in Europe too. After it reached a four-decade high in the United States, today’s German data showed that the CPI climbed to the highest level since 1981.

Yet, there is a sharp difference between the Federal Reserve’s monetary policy and what the European Central Bank (ECB) plans. Scared by the high inflation, the Fed already hiked the federal reserve funds rate once. But the ECB did not.

Moreover, the Fed plans to hike at each meeting this year. The ECB is more conservative.

Furthermore, the Fed does not discard rate hikes of 50bp. Yet, the ECB holds rates in negative territory, and even one rate hike would not bring the deposit facility rate above zero.

As a consequence, the real policy rate reached extreme levels relative to anything seen in modern history. So what does it mean for the German stock market? 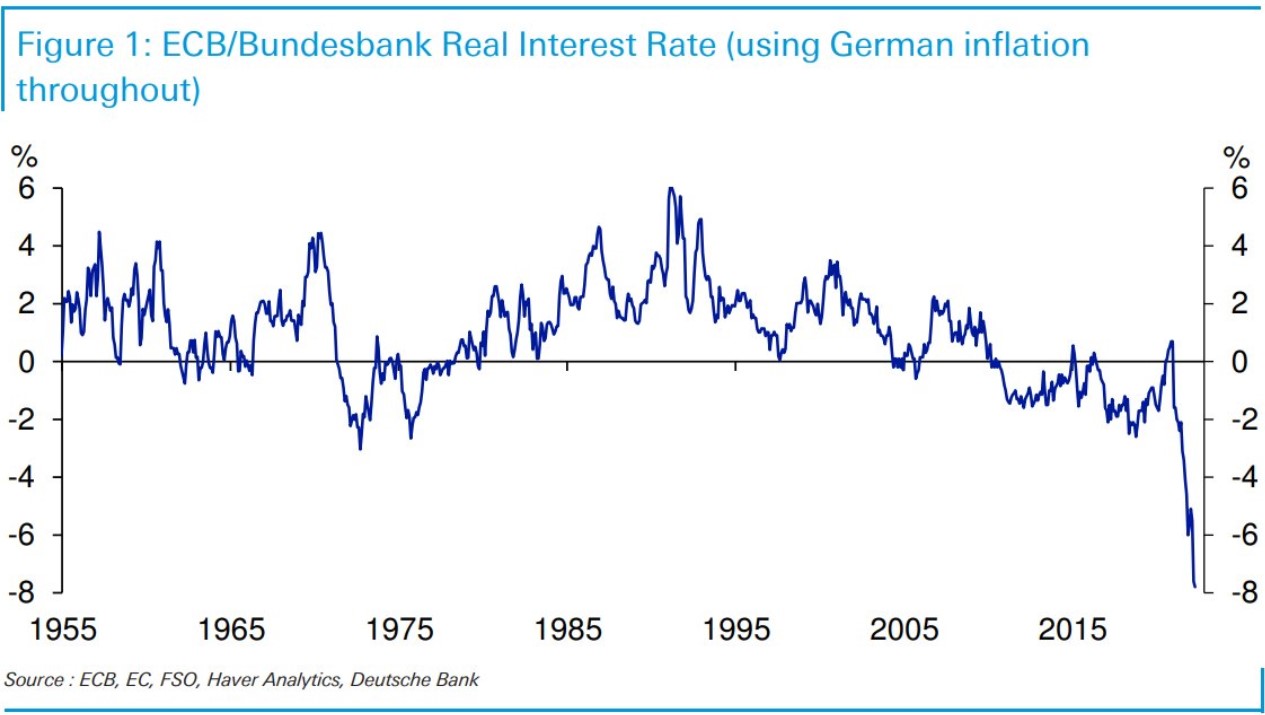 Generally speaking, when the central bank remains accommodative, the stock market benefits. However, if we look at the German stock market, as reflected by the Dax index daily chart below, it had a hard time advancing in the last twelve months.

All this time, the ECB was dovish and kept the monetary policy loose despite inflation showing its teeth. Moreover, fiscal measures designed to help the economy during the COVID-19 pandemic have eased financial conditions further. 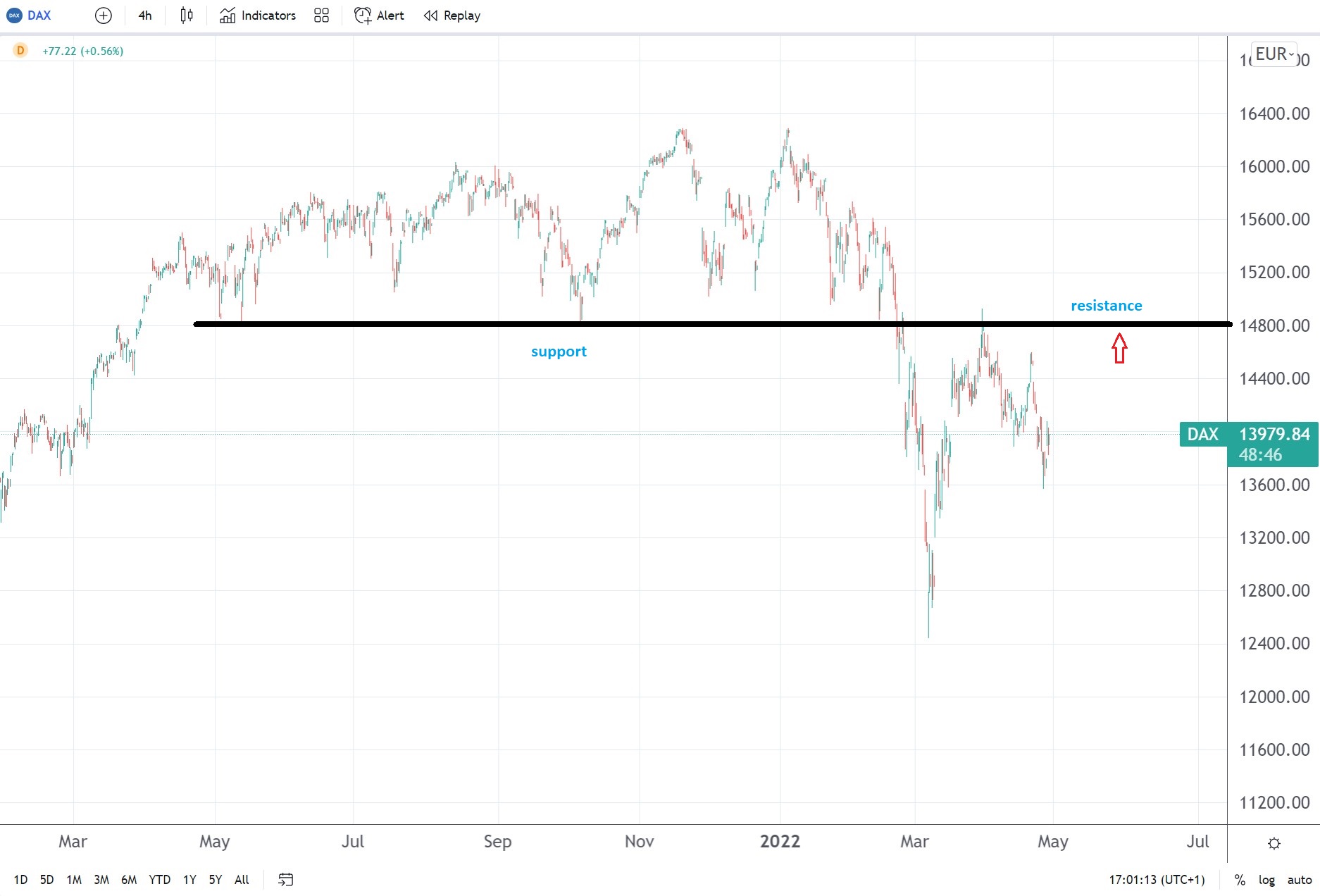 But the Dax index found strong resistance at 16,000 and then dropped sharply. It dropped more than 3,000 points before rebounding, and now all eyes are on the 14,800 area.

This is a pivotal area. It acted as support for almost a year, and now, at the market’s first attempt, it acted as resistance.

Therefore, if the Dax index pushes above resistance, there is scope for further gains towards a new higher high. On the flip side, the index remains bearish while below the pivotal level.