Home › News › Food prices have gone through the roof: here are 4 food stocks to buy

The COVID-19 pandemic led to a sharp increase in food prices, and the Russia-Ukraine conflict has sent them through the roof. So what food stocks to buy?

In 2020, the world faced a pandemic. For two years, central banks and governments fought what was supposed to be the biggest economic shock since the second world war.

Inflation rose sharply during the pandemic, but it is likely to rise even more due to the war in Eastern Europe. Food prices, for example, rose sharply in the last week because the conflict involves two of the largest wheat and corn exporters in the world.

Russia and Ukraine together supply about 35% of the world’s wheat, and Ukraine alone exports 16% of the total corn needed in the world. In the last week of warfare, the cost of food wheat increased by 100%. So what are the best food stocks to buy amid food prices rising?

Albertsons Companies (NYSE:ACI) operates food and drug retail stores in the United States. The stock price is up +19.9% this year, and it trades at a P/E ratio of 12.15. 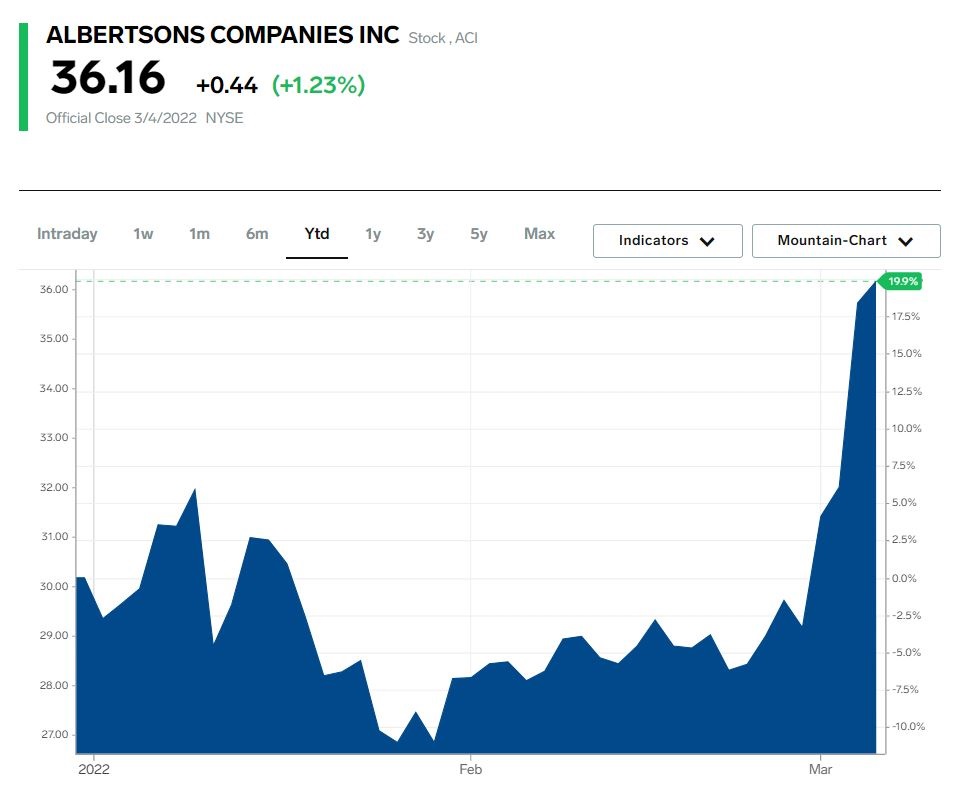 CF Industries Holdings (NYSE:CF) is an American company from Deerfield, Illinois. It sells fertilizers and agricultural chemicals, and the stock price is up more than +100% in the last twelve months.

CVR Partners(NYSE:UAN) is an American company active in the fertilizers and agricultural chemicals industry. The stock price is up over +350% in the last twelve months, and the company also pays a dividend. At the current stock market price, the company is valued at $1.19 billion, and the enterprise value is $1.17 billion.

Treehouse Foods (NYSE: THS) is an American company manufacturing and distributing private label food. At the current stock market price is valued at a little over $2 billion, and the enterprise value is $3.82 billion.