The S&P 500 index dropped more than 400 points from its all-time highs. Geopolitical events weigh on the stock market, and so the Russia-Ukraine developments have had a negative impact. Is it safe to buy the index now that it has found horizontal support?

The stock market reacts to geopolitical events, but it rebounded strongly every time it did so in the past. With the Russia-Ukraine conflict escalating, the S&P 500 index looks set for more declines.

However, two factors bode well for the main US stock market index. One is the technical picture – despite the decline, the index found horizontal support.

Another is historical data. On average, the total drawdown caused by geopolitical events since the 1940s was only -4.6%.

The technical picture shows a possible head and shoulder pattern, which spells trouble for the bulls. The market is currently at horizontal support given by the pattern’s neckline, but a break below would open the gates for a decline to the measured move.

However, until support holds, bears should be cautious. Only a daily close below the neckline would validate the reversal pattern. 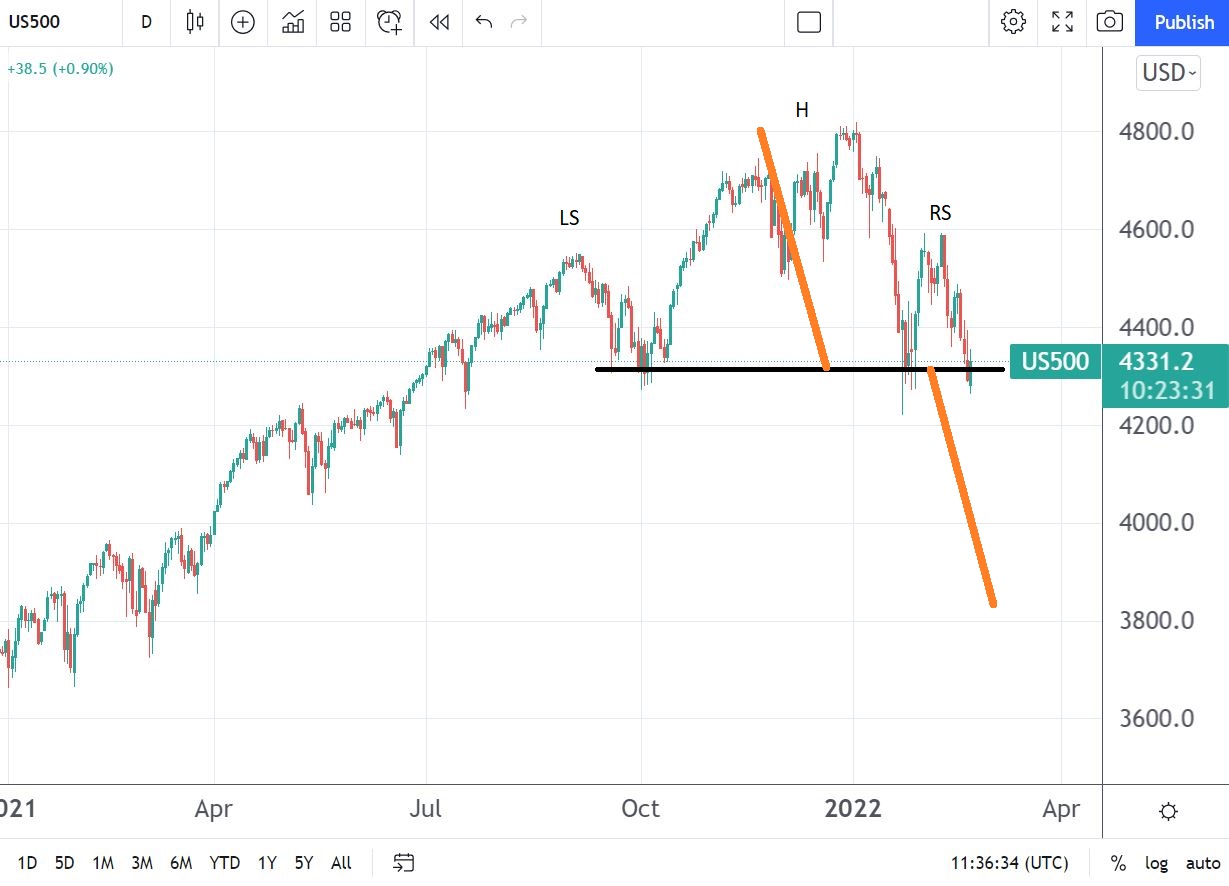 How did the market react to geopolitical events in the past?

The prospect of the Russia-Ukraine conflict escalating may look worrying for stock market investors. However, a quick historical check tells us that stocks usually take geopolitical events in stride. 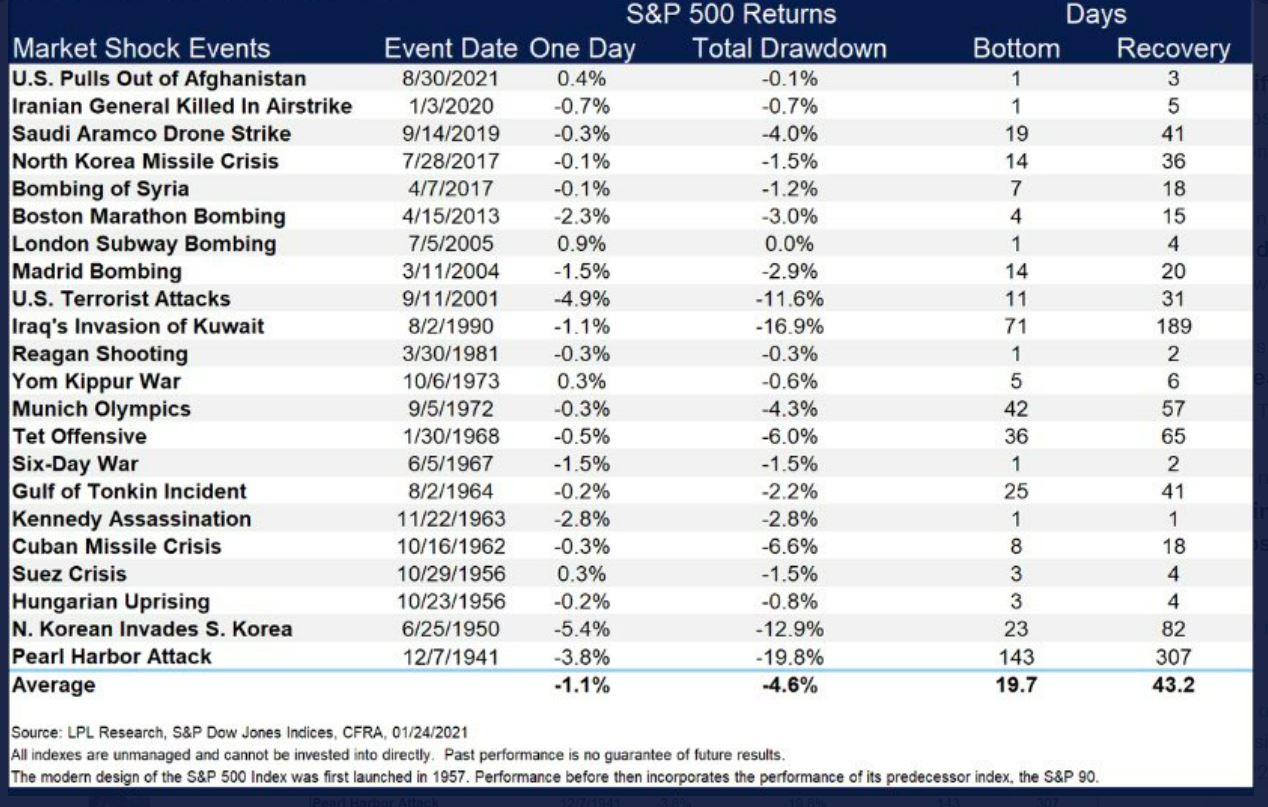 More precisely, the average total drawdown caused by geopolitical events since the 1940s is -4.6%. Moreover, the bottom was reached after 19.7 days on average, and the recovery took 43.2 days on average.

To sum up, the prospect of war in Europe is worrying for the entire world, but stock market investors do have history on their side, as all drawdowns triggered by geopolitical events were eventually recovered.