Home › News › Should you buy or sell the S&P 500 index ahead of Wednesday’s Fed meeting?

The Federal Reserve of the United States presents its monetary policy decision on Wednesday. With a rate hike in the cards, what will the S&P 500 index do?

Last Thursday, the US inflation report for February revealed that the prices of goods and services rose by 7.9% YoY. Used cars prices are higher by +41.2%, gasoline rose by +38%, and the prices of meats, fish, and eggs, by +13%.

The Fed has a dual mandate, one of price stability and one of job creation. With the unemployment rate at 3.8%, but with inflation running so hot, the Fed sees at the opportune time to start a tightening cycle.

It made sure the market knows that it would raise the rates, as it communicated plenty of times before. But after last week’s inflation report, the market expects even faster tightening.

66% chances of 8 hikes to be delivered this year

Following the most recent inflation data, the Fed is expected to hike the rates eight times this year. There is a 66% probability of year-end Fed funds rate of 2%-2.25%, and such a probability spells trouble for the stock market. 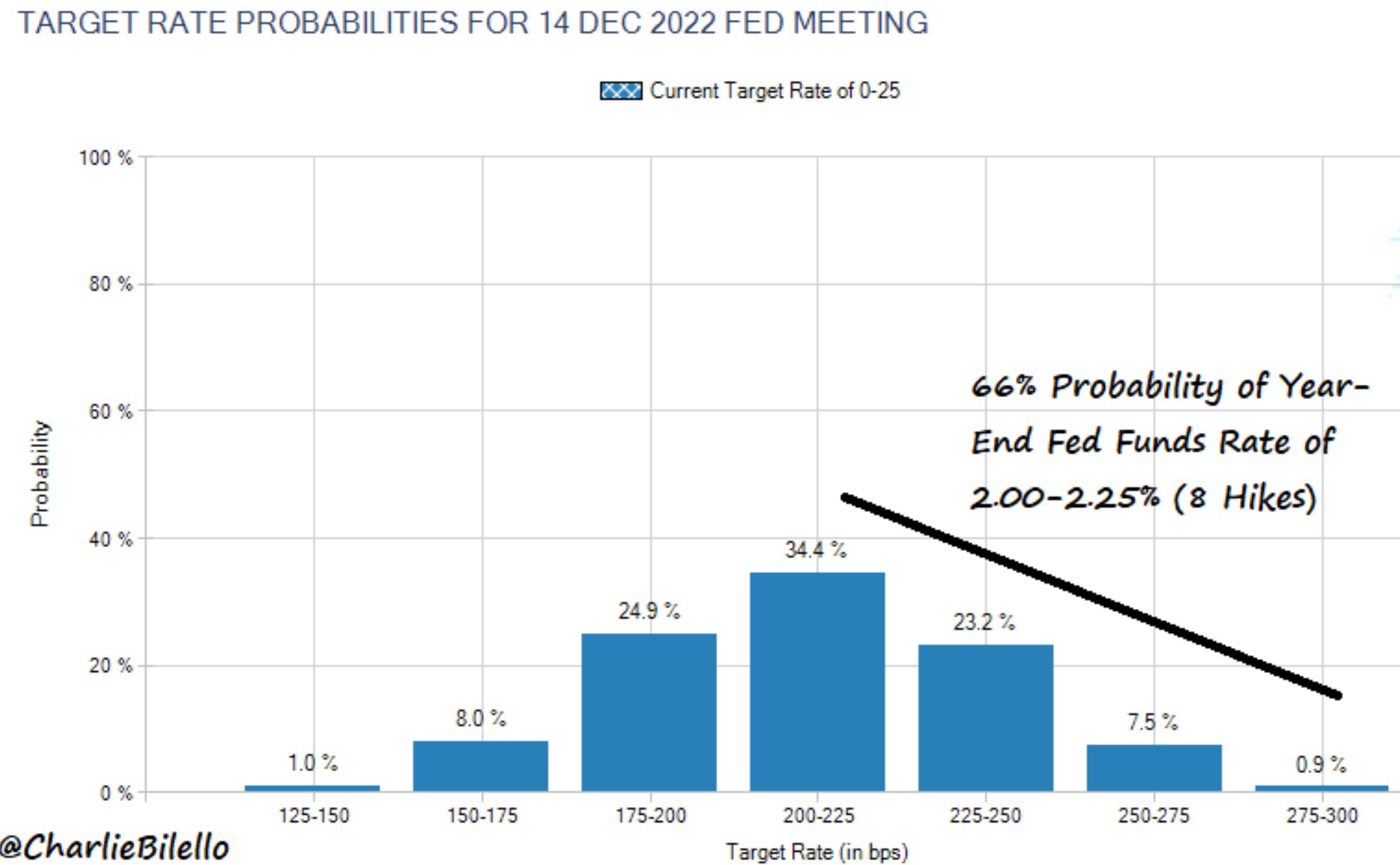 Stocks do not do well in a rising interest rate environment. Coupled with the geopolitical events affecting the market lately, one should not be surprised to see the S&P 500 index lower.

While the fundamental picture looks bearish, how about the technical one?

The technical picture looks bearish while the price holds below 4,300 points. The index opened the new trading year at an all-time high, but it has fallen ever since.

Last Friday, the S&P 500’s negative return of -11/8% YTD was the fourth worse in history. However, if history tells us something, then it tells us that investors would buy the dip because every time such a decline happened, the stock market ended up the year with solid gains. 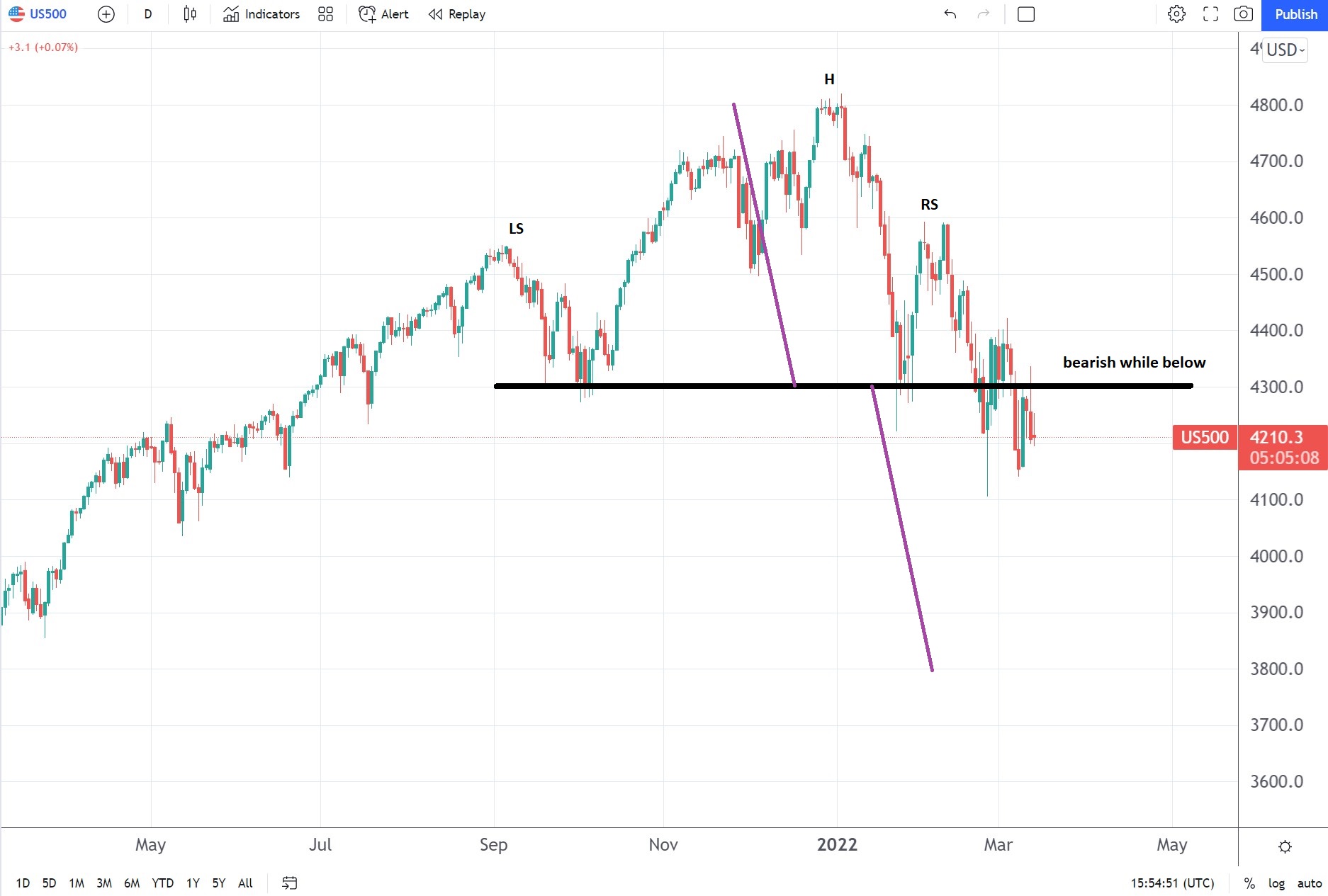 As for the technical picture, one may spot a head and shoulders pattern in the making. Before heading towards the measured move, the price typically retests the neckline, which it already did.

If the market is unable to move back above 4,300 points, the bias remains bearish. But the Fed still holds the cards as it may deliver a “dovish” hike by throwing in a sweetener, such as suggesting that the market is way ahead of itself when it comes to pricing in future rate hikes.