Home › News › Should you buy or sell Twitter stocks amid Elon’s interest to take the company private?

Musk’s interest in Twitter is not new. He is one of the users with the biggest following base (over 81 million followers), and he is very active on the platform.

Twitter’s stock price jumped recently on news that Musk acquired over 9% of the company. Moreover, Elon was set to join the board, but he decided not to in the end.

Today’s news comes as a surprise to Twitter shareholders. On the one hand, Twitter shareholders have a chance to cash out at a much higher price than the current market price. But, on the other hand, Musk’s offer is well below Twitter’s 2021 all-time highs.

As such, shareholders must decide if they accept the offer, as Musk made it clear that this is the best and final offer he is going to make. 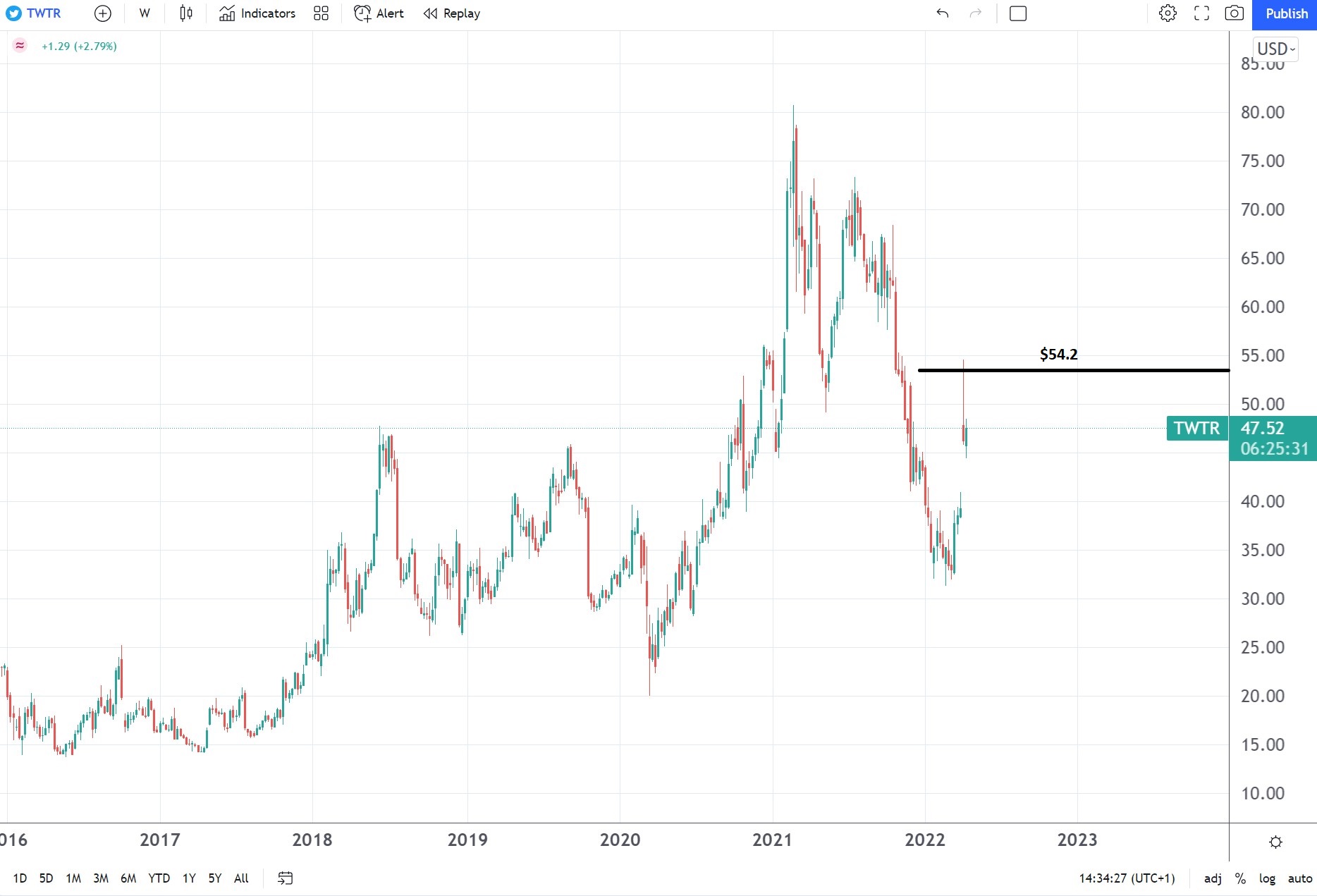 Twitter shareholders face a tough choice at this point. Existing shareholders may choose to accept Musk’s offer, thus cashing in on a higher price than the current market one.

But the SEC filing also contains a “threat” to existing shareholders. Musk said that this is the best and final offer he is willing to make and that he will reconsider his position as a shareholder should the offer not be accepted.

In other words, if Twitter rejects the offer and Musk starts selling his stake in the company, Twitter’s stock price might decline spectacularly because everyone knows Musk’s intentions now, whereas no one knew he was buying when he accumulated his position.