Home › News › Should you sell or buy the Dax index as it quickly approaches bearish market territory?

The German Dax index broke below 14,000 points for the first time in twelve months. Now that it heads towards bear market territory, is it time to buy or sell?

The world was shocked to find out last week that Russia invaded Ukraine. As a result, a full war started in Eastern Europe, with vast consequences for the entire continent.

Besides the tragedy of the war itself, the economic impact on the old continent should not be disregarded. Western nations reacted with a set of unprecedented economic sanctions to punish the aggressor, Russia.

However, these measures will also have a boomerang effect on the European economies. Many businesses, such as German ones, had exposure to the Russian economy. Now that the conflict started and the sanctions in place, investors sold the German Dax index. 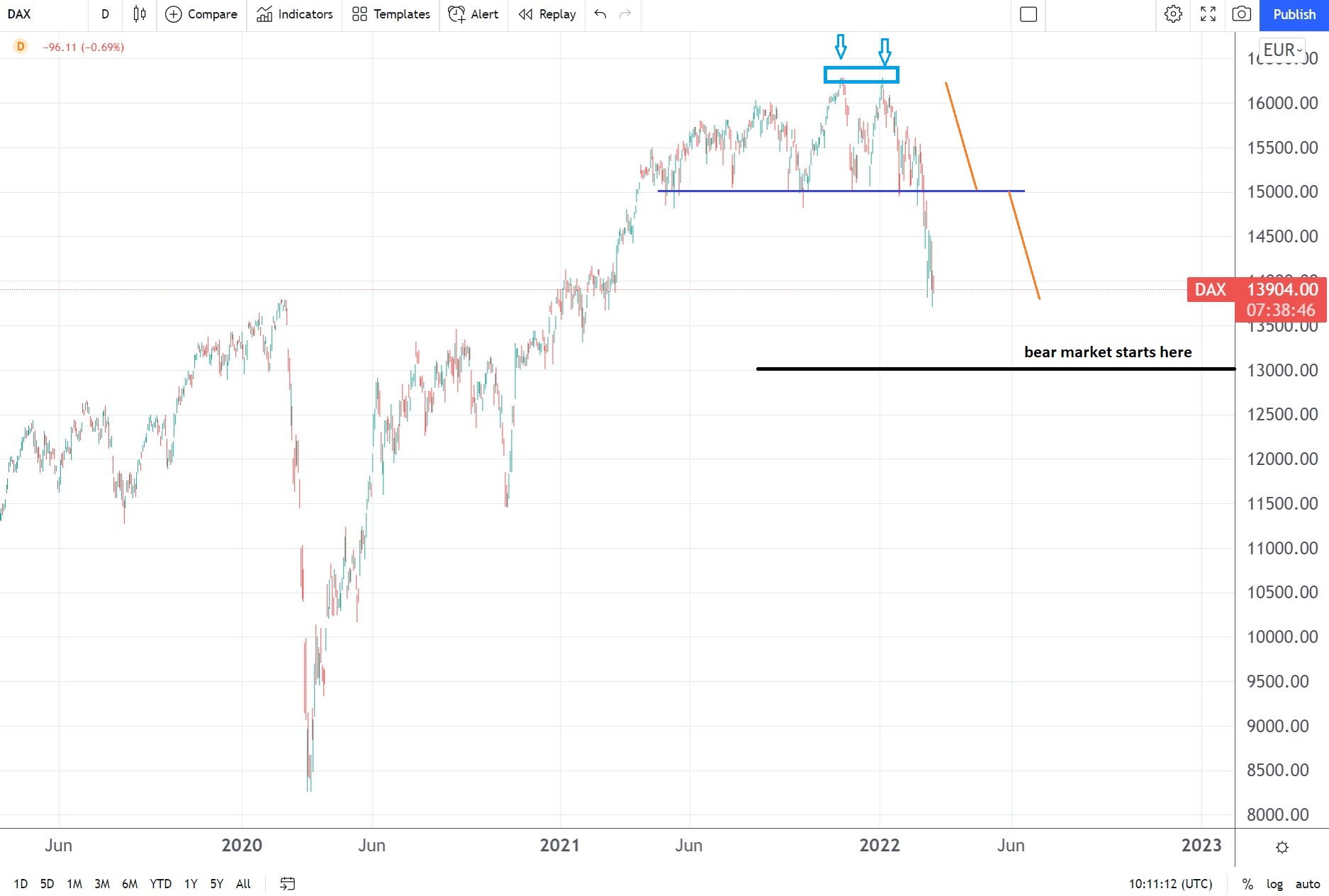 A bear market is set to start after a decline by more than 20% from the highs. If we use 16,300 as the top, then the bear market starts on a move below 13,000 points approximately.

Therefore, the Dax index is not yet in bear market territory. However, the prospects do not look good.

European stocks with exposure to Russia are being sold, and many of them are German. Moreover, European stocks are sold by investors fleeing Europe and searching for the safety of their funds in other parts of the world.

Furthermore, Europe was weakened by the COVID19 pandemic, and many of its economies still struggle to recover. The reality of war in Europe threatens the recovery and has severe economic implications for the old continent.

Finally, the technical picture does not look good. The market has already reached the measured move of a double top pattern, but that is just the minimum distance the market should travel to confirm the reversal pattern.

To sum up, while not in bear market territory yet, both technical and fundamental factors favor more downside for the Dax index.